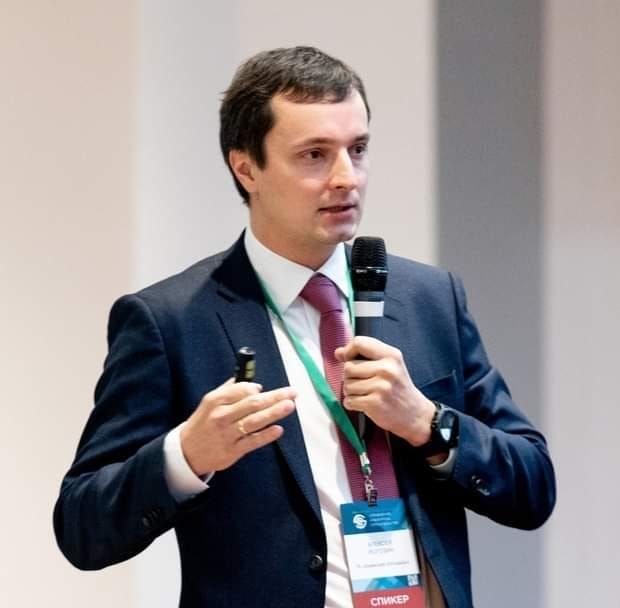 Former head of “Ilyushin” Alexey Rogozin headed the Advisory board of Ecolibri JSC – a developer of control systems for unmanned aerial vehicles.

Alexey Rogozin is the chairman of the Advisory board of Ecolibri JSC, follows from the draft protocol of the expert group “Unmanned aircraft systems” of the autonomous non-profit organization “Digital Economy” (Vedomosti has a copy). The PR service of Ecolibri JSC confirmed this information.

Alexey Rogozin is 38 years old, he is the son of the head of the state corporation “Roscosmos” Dmitry Rogozin.

In April 2019, it became known that Alexey Rogozin was leaving the position of Vice President for Transport Aviation of the United Aircraft Corporation (UAC) and the General Director of PJSC Ilyushin Aviation Complex, according to the PR service of the UAC, “in order with the transfer to a new place of work.”

In September 2019, the Kievskaya Ploshchad private group of companies officially announced that Rogozin had been appointed general director of TPU Nagatinskaya, a developer of a transport hub in Moscow. It will connect the Nizhniye Kotly railway platform, the Nagatinskaya metro station and city vehicles.

Rogozin began cooperating with Ecolibri in the summer of 2021, a representative of this company told Vedomosti: “He is a recognized specialist in the field of advanced aviation technologies.”

According to a company representative, Rogozin is not a member of Ecolibri’s governing bodies: “As the chairman of the Advisory board on a voluntary basis, he provides support in matters of strategic development of the emerging industry.”

It was necessary to invite an expert of this level, since the mission of Ecolibri is “the development of unmanned aircraft systems, attracting new investments and partners to this industry,” the company added.

Ecolibri JSC was registered on June 15, 2021. According to the Russian Unified State Register of Legal Entities, its sole founder is Igor Tkachev, the general director of the JSC. The main activity of Ecolibri is “research and development in the field of technical sciences”.

The representative of Ecolibri on this issue limited himself to a general explanation: “This is a private company that, since 2020, has been developing innovations in the field of aviation and transport logistics. Among the solutions being developed are control systems for unmanned aerial vehicles and AI-based vision systems used on UAVs.”

When Alexey Rogozin came to the Ilyushin firm, he started a lot of internal work in the company to identify promising development areas and the unmanned topic fell into his sphere of interest, recalled the executive director of the Aviaport agency Oleg Panteleev: “The possible applications of drones were found to solve tasks in the field of transport logistics are mostly in the civilian segment, although it is not excluded, of course, and dual use, this is obvious.” According to Panteleev, the process of “intellectualization of the aircraft”, endowing the drone with the ability to solve an ever-wider list of tasks without human participation is the most promising direction: “Making gliders for drones is within the power of many developers. And making its intellectual part, control system and, in particular, systems related to technical vision is a very difficult task. Whoever is able to solve it will be able to claim a considerable market.”

The drone business is heavily tied to regulation, so Alexey Rogozin’s participation in advising Ecolibri may have some GR goals, suggests Petr Lukyanov, founder and managing partner of TerraVC and Phystech Ventures funds, who invests in UAV developers: “This appointment is clear strengthens the position of this company in the public sector, which can provide a significant part of the company’s revenue, especially when it comes to military use.”