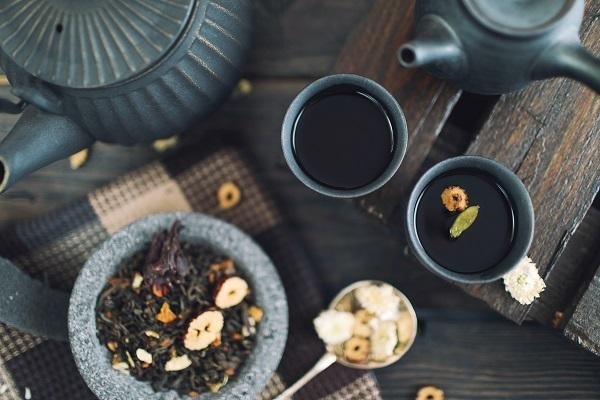 In today’s market, Black tea is certainly one of the most delightful beverages. It has a variety of forms and flavors, which makes it unique and widespread among a distinct section of people. Studies state that black tea may have medicinal properties, this study has increased its fame among health-conscious people.

One thing to remember is that the taste and color of black tea differ from country to country and by region to region. You might be familiar with both Indian and Ceylon varieties of black tea. As a result, you may be wondering about the differences between the two—and about which one is right for you.

If you choose a black tea box from India, probably it is cultivated from the state Assam. That’s because half of all tea in India is grown in this area. For the most part, it comes from the Brahmaputra Valley, which is known for both its hills and its rain. The province is in the northeastern part of the nation and borders on Bangladesh, Burma, and China. The province is populated by immigrants from Nepal and Bangladesh, for the most part. Black teas grown in this range have a malt – like a flavor and taste best when brewed with milk. No matter what tea you like the taste of, flavours of the variants are so distinct that they are certainly worth a try. Check out this wonderful collection of Wholesale teas!

Tea can also be found in Darjeeling. It is a town, in the foothills of the Himalayas in the northern part of the country. In the mid 19th century, Indian tea started in Darjeeling. Darjeeling Puttabong’s version of the tea is known to be light, with slightly floral notes.

Ceylon tea is deemed to be one of the most famous teas all around the world. The black pekoe version has its leaves fermented before drying. It has a unique drying process in which the essential oils are conserved, which gives the tea a unique taste. Originally, the tea is from Ceylon, but now its production has spread in India and China. The fragrance of tea is similar to that of citrus, even though its taste varies from place to place. Ceylon tea grew to 22,900 tons by 1890, from a little 23 pounds between the years 1873 and 1880, after popularized by James Taylor. There are also half a dozen tea gardens in Sri Lanka.  Here are a few places where tea gardens are located, Dimbulla located in the west of the central mountains, Galle in southern Sri Lanka, Kandy located near the ancient royal capital, Nuwara Eliya located at the highest altitude area, Ratnapura located east of the Colombo capital, and Uva in the east of Dimbulla.

Numerous Varieties to Choose From

Things to Know About Black Tea

Just like other teas, Black tea is also cultivated from an evergreen perennial shrub known as Camellia Sinensis. Around 5000 years ago, it originated in China.  Black tea is abundant in Caffeine, which can stimulate the central nervous system and heart. Also, because of its diuretic nature, it increases the output of urine from kidneys.

A cup of black tea possesses 50 Milligrams of Caffeine. Polyphenols, tannin, trace elements, and vitamins are other components present in black tea.

The black tea plant can be grown until the height of 40 feet, but commonly it is grown till the height of two to three feet. The numerous categories of black tea are mostly determined by the region or district in which they’re grown, the processing method, and the form. In the west, it was introduced in the 6th century, and from then the trend grabbed all parts of the world. By the 18th century, tea was the first choice beverage in England. Tea gained a lot of appreciation in the west, that each day at 5 p.m, every legion of Britons sips a cup of tea.

No matter where the tea is produced- India or Ceylon, black tea acts as a powerful remedy for whatever sicken you. Medical research suggests that the beverage contains significant medicinal properties. Thus, no doubt that black tea is tasty, but it can also be admitted that it has many health benefits.