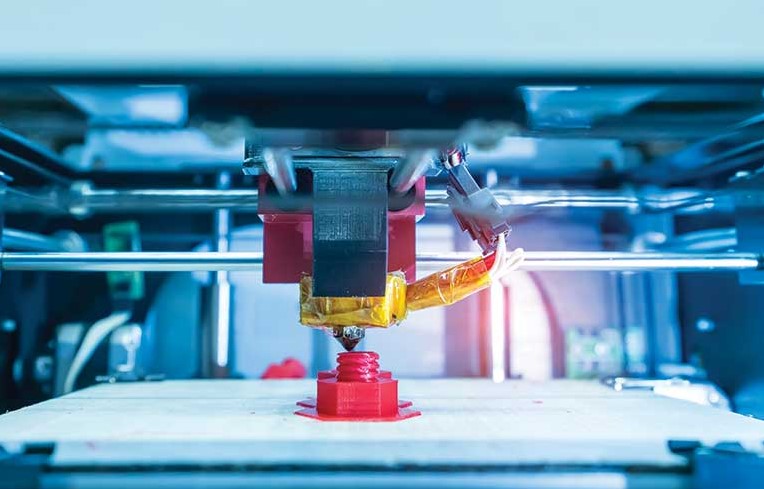 From “do-it-yourselfers” producing visors in their living rooms to cutting-edge startups manufacturing custom parts in hospitals, 3D printing initiatives abound in front of the Covid-19, but the degrees of sophistication are variable and coordination is complicated. Ludovic, a 30-year-old passionate about aeromodelling, printed at his home in Haute-Garonne a hundred plastic masks distributed to cashiers, nursing home workers, gendarmes … who lack protective equipment. He says it takes four hours to get each mask out on his “additive manufacturing” machine , made from plastic filaments. “I found the (creation) file on the internet. It is not approved, it is DIY. It’s better than nothing, ”he told AFP.

In France, several thousand individuals with a 3D printer exchange tips and programs on social networks, in particular to produce headbands of anti-projection visors. But printable models abound and some volunteers are overwhelmed with requests. ”  Some CHU doctors have officially validated certain visor models: we have collected this information to share”  these “reliable” prototypes, tempers Simon Laurent, president of the French network of “Fablabs”, manufacturing workshops providing machines and printers 3D. According to him, at least 100,000 visors have been “printed” on a voluntary basis.

Beyond the  amateur “makers”, whose level (technique) varies ” , there are“  professionals, often working in the industry ”  and capable of tackling models of respirators, syringe pumps and complex elements , recalls Mr. Laurent. In Nantes, the “Makers for Life” collective is thus developing an emergency artificial respirator with printable components, of which it would make plans freely available. In Paris, the “MUR” project is targeting a similar “  easily reproducible” device , currently being medically tested. Platforms strive to grant proposals from “printers “of all levels and the sometimes sharp needs of medical staff: initiated by hospitals and academics, the 3D4Care consortium associates around 80 manufacturing points in Île-de-France (individuals, schools or companies).

Fittings for respirators, personalized masks… but also visors, of which 3D4Care offers standard models validated by emergency physicians. “Shuttles collect the parts from ‘makers’ and companies, then they are decontaminated, a quality control and they are assembled”  before delivering them to hospitals, explains Pascal Morenton, teacher at CentraleSupélec, reporting 700 visors produced daily. He himself receives requests ”  from everywhere” , citing a surgeon in need of visors just before an operation. Faced with immense and disorganized demand, it is difficult to completely discipline supply: “ It is illusory and perhaps counterproductive to want to coordinate actions based on delocalized personal initiatives. You have to strike a balance between structuring and agility, ” argues Mr. Morenton.

Companies specializing in 3D printing are obviously engaged in the battle: in Italy, the startup Isinnova has modified a Decathlon diving mask to make it a respiratory device, thanks to a printable valve to the model immediately shared online and imitated everywhere. The Nice manufacturer of professional printers Volumic has obtained validation from Cerballiance laboratories to print test tubes for screening tests. He produces “almost 10,000 per week,” according to its co-founder Stéphane Malaussena. ”  It looks like war medicine!” Everyone responds to the emergency. We are still cautious, the medical profession must validate, ”he observed.

The Assistance Publique-Hôpitaux de Paris, for its part, has set up at the Cochin Hospital a mini-factory of around sixty printers who spit out materials (parts for respirators, intubation equipment, -syringes…) requested by caregivers. The young company Bone3D, specialized in medical 3D printing, dedicates five engineers to the project: “  It takes 48 hours to draw a new part, create it, put it to the test in a clinical department, before being able to print it “ , Describes its president Jérémy Adam.

“Tailor-made” and better control of sensitive devices: “For visors, there is very little risk of having them made by ‘makers’, this is not critical for the patient. For respirator parts, you have to frame things: imagine that a material causes harm to a patient, ” insists Mr. Adam. By offering increased visibility to 3D printing, the pandemic will mark a turning point, judge Stéphane Malaussena: ”  All hospitals realize that they can themselves manufacture the elements they need – and gain independence” .

Published in Technology, Gadgets and News