How Much Do Motorsport Sponsorship Typically Cost? 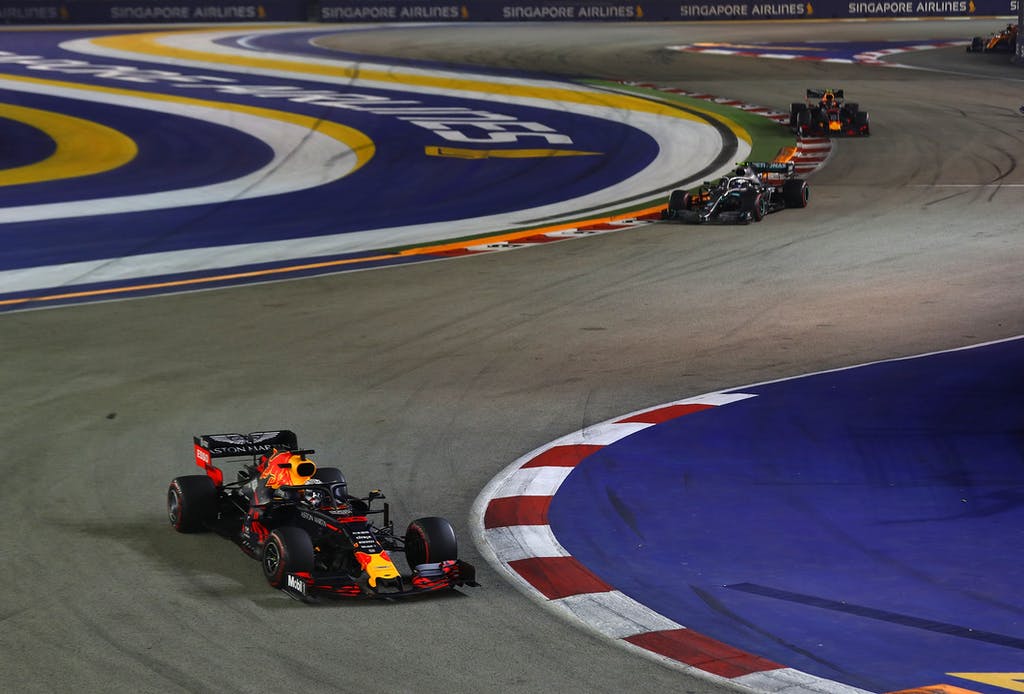 This is a legitimate curiosity and a very broad question.

There are so many different categories, championships, levels and types of vehicles associated to the word motorsport that answering is almost impossible.

Let’s try to simplify it. Shall we talk about 4 wheels or 2 wheels ?

Are you looking for National or International events?

Are you interested in off road or track races?

I am certain you have already understood that it is very challenging to give a satisfying answer. Having said that, people keep asking us the same questions, and we have decided to try harder to meet your demands.

Let’s try to work the other way round to establish why you would like to get involved.

Why do you want to become a sponsor? What is the purpose of the operation? Where is your market geographically? Who is your typical customer? What does he/she like?
These questions will narrow the number of options and help the motorsport marketing agency you are interacting with to give you the right guidance.

And if the suggestion is to link your company to MotoGP then probably you need worldwide visibility, your brand’s values are young, technichal and aspirational, your target is mainly male, and you’d like to be involved in a non divisive, non violent sport which is highly technical and apart from the rider’s abilities, the team’s effort is crucial in order to be successful. If all of the above fit your criteria, MotoGp is the right sport for you and we can give you the necessary information about the cost involved to join the field.

How much does it cost to sponsor MotoGP?

MotoGP is the pinnacle of motorbike racing. It is the oldest world championship series in the world (believe it or not it is older than F1) and every other weekend a race is held in a different Nation. Throughout a busy schedule of 20 races, MotoGP reaches across 4 continents in 9 months.

Without further ado, let’s talk business: the budget you need to sponsor a MotoGP team is as follows:

€50,000 euros is the entry level required for a medium ranking team. With this budget do not expect to partner with a working team or to build a programme that will increase your brand awareness.  You will be granted the marketing rights that give you the possibility to use the team, its name, its image and even the riders in action or in the paddock if they are wearing their racing leather. This is a great way to start and to get accustomed to sponsorship and the way it works. The rights give you the opportunity to do some storytelling, to organize commercial promotions, to use the team in advertising  so you have all the tools to leverage the sponsorship and make it work for you. If you are a supplier and want to show your technical capabilities or if you are a company with a limited number of B2B customers this is the level for you. There is no need to spend an unnecessary amount of money if you don’t sell to the public at a large scale or if what you really need is merely a technical endorsement.
The packages you can find at this level are generally known under the names of Technical partner or official supplier or “supplier of followed to the specific category to the team XY”.

Names are different, but the content of the packages is the same…..

€50,000 – €150,000  with this budget you will be able to buy marketing rights similar to the one contained in the previous packages and  you will start to get some exposure of the logo on the bike  ( in area such as the swingarm, beneath the saddle or at the bottom of the fairing). Maybe it’s not a big space in terms of sqare centimeters  but if you consider that the races are transmitted to more than 200 Nations it’s easy to get that you will be gaining some visibility. Technical sponsor/official sponsor is the name given to this packages – but I’ve read bronze sponsor, partner, supplier and so many others that you can rest assured that the most important thing is to focus in what it contains rather than what it is called.

€150,000 – €500,000  Euro. The teams would like to talk to you are often ones that are close to the podium week in and week out. You  start to have a good level of visibility, more related to the position of the logo on the motorbike than the size of the sticker.
With this budget you can talk with more or less all the teams, some will offer you a bigger space and a larger hospitality package, others will give you less centimeters but will secure you the privilege of working with a bike constructor, with a better rider and a strong group of partners that can be solicited to do B2B. So you have to know what’s best for you. Do you prefer quality or quantity? Anyway, the teams will tend to refer to you as an Official Sponsor

€500,000 – €3 million – this is an amount that will allow you to get an appointment with any commercial director of teams that are often on the podium and consistently score points.

You can expect good visibility, on both the motorbikebike and the riders, and the usual series of marketing rights that will allow you to reach your objectives. Bear in mind that not all the teams are born equal so you have to be careful when choosing. At this level of investment it is always better to be backed by a sports sponsorship agency. A mistake can be expensive and everything has to be done to prevent it.

€3 million – €5 million Euro – the game gets serious.
This is the kind of budget that will allow you to build an outstanding (in term of visibility) sponsorship programme. You can be sure that you will get extensive visibility of your brand on the bikes and any other communication support belonging to the team and an immediate increase in brand awareness will follow. The need to plan the activities stays the same but the tools at your disposal are far greater. Just think of team personnel at your event, a rider at your sales boot at your most important trade fair of the year, meet and greet for your best customers with the team manager and so on. At this point you are one of the important sponsors of the series and you get the VIP treatment.

If you are considering such an operation it is likely that you are one of the most important partners of the MotoGP Championship. This budget gives you the opportunity to give your name and colours to the team and to be the driver of the marketing and exploitation programme during the year.

Just remember that in order to get the most out of your sponsorship you have spent at least a euro in marketing activities for any euro invested in the Team. Planning becomes even more important, the complexity of such an activity needs to be addressed by specialists. Your internal communication department will need some support from professionals that will help you to cut the corners of a very steep learning curve avoiding costly mistakes and putting you in the right direction to move forward.

In order to give a generic answer we had to focus on a single category of racing  in a single championship.
To give you specific figures we should check with any and each team.
It won’t be feasible to give an extensive and in depth overview of all the motorsports sponsorship opportunities, that’s why sports marketing agencies work project by project.

Author Bio – Riccardo Tafà was born in Gulianova, graduated in Law at the University of Bologna and then decided to follow his deep passion for sport. After attending the ISFORP (public relations training institute) in Milan he moved to England, where he began his career in PR, first at MSP Communication and then at Counsel Limited in London. Soon after that, he moved to SDC, a Belgian outfit headed by Jean Paul Libert and started working with motorsport: the year is 1991. Following a brief transition to Monaco, where he flanked the owner of Pro COM, a sports marketing agency founded by Nelson Piquet, he returned to Italy and began working in first person as RTR, first consulting firm and then sports marketing company. In 2001 RTR wins the ESCA award for the implementation of the best MKTG sports project in Italy in the year 2000. RTR also obtains the highest score among all the categories and represents Italy in the European Esca Contest. Over the years he gets some satisfactions and swallows some bitter pills. But he is still here, he writes in a disillusioned and simple way, with the goal of providing practical advice and food for thought