Law Facts: What to Do When You Are Facing Discrimination at Work 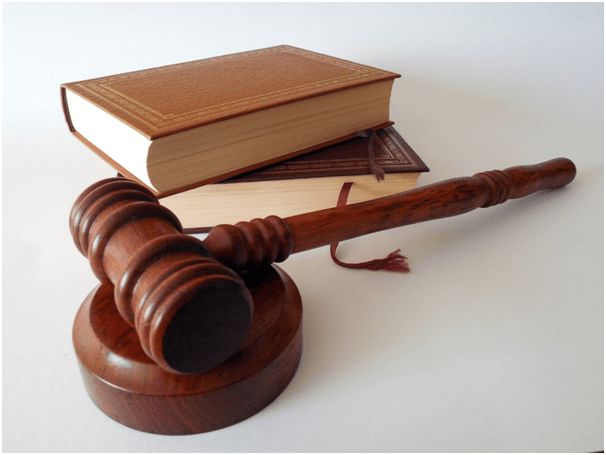 As much as we like to think that we’re in a post-discrimination world, the unfortunate fact of the matter is that many people still face discrimination in the workplace every day.

Some people accept it as a part of the job. It isn’t talked about often enough and it’s usually swept under the rug. It’s important to know discrimination law facts and how to combat the problem. You don’t have to handle it alone.

We know how difficult it can be to identify discrimination in the workplace or to know your rights when you’re getting ready to talk about it. We want to help.

It’s important to know what parties are protected by anti-discrimination laws before you move forward with any reports or legal action. If you feel discriminated against, it’s likely that you’re in a protected class, but it doesn’t hurt to be sure.

We all know what racial discrimination means. Discrimination based on skin color is different and it’s referred to as “colorism”. This refers to the discrimination against people with darker skin tones even within a certain racial group.

Nationality is a person’s country of origin. People of any race can experience discrimination based on their nationality.

Age-based discrimination is also protected. People are protected over the age of 40.

Discriminating against someone due to their disabilities is illegal and all employers need to comply with ADA guidelines.

What Protections Are In Place Against Discrimination?

There are several federal laws that protect people from discrimination in the workplace. They include Title I and Title V of the ADA, Title VII of the 1964 Civil Rights Act, and the Civil Rights Act of 1991, among others. Each law protects a different class and has different protections and punishments associated with it.

These laws protect people all the way from employment applications and interviews, through the potential firing process.

The U.S. Equal Employment Opportunity Commission makes sure that these laws are all enforced.

What Qualifies as Workplace Discrimination?

So how do you know if you’re being discriminated against? There are plenty of types of workplace discrimination that you’re protected from. If you’re unsure whether or not your experience qualifies, it never hurts to talk to a lawyer.

Employers can not reject your application based on any of the listed characteristics. As long as you’re capable of doing the job at hand, they have to consider you as an equal candidate.

They also can’t transfer or promote employees based on their protected class. If you’re denied a promotion and you suspect that it’s due to one of the listed qualities, you’re able to make a discrimination report. This can be hard to prove, but it’s worth noting.

If you aren’t paid an equivalent amount based on your time in the workplace, quality of work, and level of authority and it’s based on your race, gender, or other protected qualities, your employer is discriminating against you. They need to have a good reason for paying for less.

If you have a disability, it’s discrimination for your employer to not provide accommodations in the workplace. An employer who doesn’t provide them may try to fire you based on poor performance. There are many options for accommodations that help you do the job you were tasked with.

There are plenty of examples of workplace discrimination that aren’t listed to look out for. Take note of anything that you’re suspicious of so you’re ready to report it when the time comes.

What’s the Difference Between Discrimination and Harassment?

Workplace discrimination can include workplace harassment, but there’s a distinction between the two (and you’re protected from both).

There are several forms of workplace harassment. One is a form of sexual harassment in which supervisors or higher-ups of any kind try to exchange employment opportunities or greater pay for sexual favors.

This goes into a greater workplace harassment problem: a hostile work environment.

If employees are bullying another employee based on their skin color, race, gender, disability, religion, or anything else outside of their control, they’re creating a hostile work environment.

It’s the job of the employer to protect the employee from this kind of environment, and neglecting to do so results in workplace discrimination.

The basic difference is that discrimination happens as a part of the employer’s job duties. Hiring, firing, and other job processes involving the employee qualify. Harassment involves things that aren’t a part of the job.

What Shouldn’t I Do When I’m Managing Workplace Discrimination?

When you’re learning and navigating law facts in the workplace, you need to know what not to do.

The first thing that you shouldn’t do is quit. This is hard for a lot of people and that’s understandable. When you’re feeling unwanted in the workplace, or when the workplace is hostile, it’s hard to want to stick around.

You have legal protections so you can take legal action. When you quit, you let the employer get away with something illegal. This means that they’ll do it to the next person after you.

It’s also harder to win a lawsuit if you quit the job. You need to keep going until the lawsuit is complete or until you’re fired (in which case you’ll have a stronger suit).

You also shouldn’t ignore the problem or try to deal with it by yourself.

Seeking a lawyer sooner rather than later is crucial if you want a case to go well. You’ll collect evidence and documents throughout the process and a lawyer helps to organize everything.

Even if you choose not to sue an employer, having a lawyer on your side prevents mistakes. They’ll guide you through the process from the initial report through the potential lawsuit. Don’t ruin your chances by trying to be independent.

What’s the Process for Reporting and Handling Workplace Discrimination?

Once you know or suspect that an employer is discriminating against you, you can start taking notes.

With notes in hand, contact a lawyer (like the helpful lawyers at Community Law) as soon as possible. They’ll help you decide if you have a case, explain your rights, and help you come up with a plan. There are steps in place for reporting harassment or discrimination but they might be complicated if you’ve never done it before.

They’ll make sure you meet any required deadlines and they’ll keep track of your documentation. This helps you avoid foul play or coverups and keeps you organized.

You want to report the discrimination to the company with an internal complaint. Different businesses have different processes for this. If you’re confused, talk to Human Resources.

Having a documented complaint shows a judge that your problems are on paper. It also gives your workplace the opportunity to fix the problem. Not fixing the problem once it’s documented gives your future potential lawsuit more weight.

Don’t stop taking notes once you’ve made the complaint. Both before and after, make a timeline of events. Try to keep track of dates and times and specific quotes or actions.

With these notes, you should keep evidence. If you have discriminatory emails or notes, keep them in one place. If you have evidence of harassment (such as illicit photographs), don’t delete them. Make sure that you don’t take any private or confidential documents away from the company, but take note of them if they’re relevant.

Your employer might retaliate. If this is the case, report that to HR.

Sometimes things can’t be handled from inside the workplace. That’s when it’s appropriate to take legal action.

File an administrative charge with the Equal Employment Opportunity Commission to make sure that your case doesn’t get thrown out. The commission will notify your employer and begin to investigate.

They may ask that you try to mediate before anything moves forward.

The lawsuit is the last resort and your lawyer will take it from there. If all goes well, your employer will settle and you’ll get compensation. If not, your lawyer takes your evidence to court, and if it’s sufficient, you’ll win your case. Your job is complete after filing your charge.

These Law Facts Can Protect You

Knowing important discrimination law facts can save your job. Don’t let yourself get pushed around by your employer. You deserve a safe and equal workplace.

When in doubt, talk with a lawyer about your situation. They want to help.

For more helpful legal articles that can answer your questions, visit the rest of our site.

More from LifeMore posts in Life »