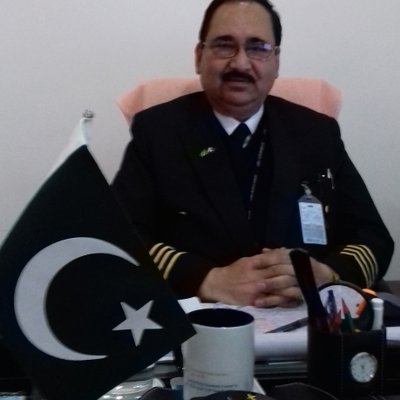 Although, the infra-structure of mega city Karachi gradually & slowly damaged over decades like destructive distillation of wood by water waves at sea shore, defying original master plan in ignorance of gradual increase of population, shifting of responsibility from one to other; yet current rains have drastically exposed the living environment of Karachi. Pathetic conditions of metropolitan city, now coming to lime light, awaiting attention & solution from all concerned quarters, over the decades, despite increase of residency in manifolds.

Despite Karachi being major source of earning & building national economy, its caring by accumulated ignorances and negligences, on reaching to climax, exposed by current rains. Video clips exposing losses of human & wild life and flooding of urban & rural areas, now posing further risk to life, are being attributed to rains only, hiding the short-comings, grave faults, carelessness, ignorance and responsibilities.

As a matter of fact, ‘Rains’ are called ‘Rehmat-e-Allah’, anxiously awaited by human beings. Unfortunately, certain quarters defamed it as havoc, because of their own guilts and selfishness.

There are many areas in Pakistan and world around, where much more torrential rains fall non-stop over days, weeks & months. Some cities receive 24×7 rains, yet still, life there moves-on normal without interruption or damage to life & property, regardless of residential building, road infra-structure, drainage, sewerage flowing systems and, communication on roads, shopping, offices, journeys by road, train, air & sea, and on top, the regular supply of power w/out load-shedding, electrocution of human lives due loose infra-structure of electric company, sui gas, potable water in lines to citizens as well as smooth travel in hail-storm & snow-fall.

Many cities around world run electric trains, buses and other means of ground transportation during heavy rains & snow-fall, bringing temperature below zero, yet smooth communication goes-on without any break down, as normally happens in Karachi during little drizzle due to poor infra-structure of KE.

Karachi Electric (KE) crowned of executing citizens by its poor infra-structure and subjecting consumers to pinching inconvenience and torture by its regular load-shedding with over-billing in ignorance of service it is meant for. Frequency of load-shedding by KE increases, especially, on consumers complaint, especially when NEPRA, relevant authorities and even Supreme Court of Pakistan process case against KE.

Prevailing circumstances warrant immediate replacement of KE to get rid of its atrocities, being caused to consumers, considering them as enemies of KE (not customers) in total disregard of NEPRA and relevant authorities, depriving consumers the right of living, challenging writ of Government.

Use of word ‘Torrential Rains’ in Karachi, would be in-appropriate in actual terms of torrential as it never rains torrentially in Karachi. It is normal drizzle, less than heavy rain-fall in Punjab & northern areas of Pakistan. KE is misinterpreting rain fall, as torrential rain in Karachi to hide its own poor oud-dated infra-structure.

Another essential need and facilitation of citizens is, placement of Garbage Containers, adjacent to all living areas, in vicinity of restaurants, commercial centers and dust-bins at short distances in parks, public gathering places, enabling citizens in all cities of Pakistan to easily deposit their routine garbage and disposable items at designated places with regular cleaning, disposal of garbage to maintain cleanliness & healthy life.

Such arrangements are the ‘necessity of time’ replacing ancient ‘Katchra-Kundies’ facilitating citizens in all countries of world. Introduction of ‘re-usable bags, shoppers or plastic baskets’, bringing back ancient trend of carrying groceries backwardly, when population rate was minimum against maximum of today.

These are only ‘Bad Habits’ of people, who for their selfish convenience, ignore comfort of others in general and city in particular, tend to throw their garbage anywhere they like, disregarding its scattering and littering around, creating health-hazard environment.

After facilitating citizens with Garbage Containers all around, educating people to making use of it, people involved in violation, should be fined & punished to implement control on dirtiness with greenery around in letter & spirit, instead of banning use of plastic shoppers. Practically, almost majority of shop-keepers and street vendors, pack grocery purchased in one-time use plastic shoppers, free, as courtesy to carry home grocery conveniently by customers.

There still remains exceptionally rare shops, who for their commercial gains, have introduced re-usable shoppers & bags for more than one time, charging customers its provision, although these reusable shoppers will add dirtiness in garbage scattered as habit by sect of people rather controlling themselves to throw garbage at an isolated place in consideration of good living environment around.

These overseas Pakistanis feel insulted when expatriates of other countries and local residents, make their fun, on witnessing video-clips and print-media news of prevailing environmental hazard especially in megacity Karachi, lack of living facilitations and OfCourse, no control on Bad Habits of Pakistanis like littering of garbage, dirtiness around and traffic violations at home.

Besides arrangement of Garbage Containers, lawfully-binding citizens to make use of said facilitation or face heavy fines, regular cleaning of streets, roads and garbage containers, make the living environment healthy, clean and attractive with hygiene atmosphere. Why can’t we ensure such arrangements in Pakistan. This dream can come true, only when each one of us fulfill his moral duties himself in national spirit.

Better to act timely & wisely before it is too late to face sailing ship drowned & resting at deep sea.