RASP and information you must know 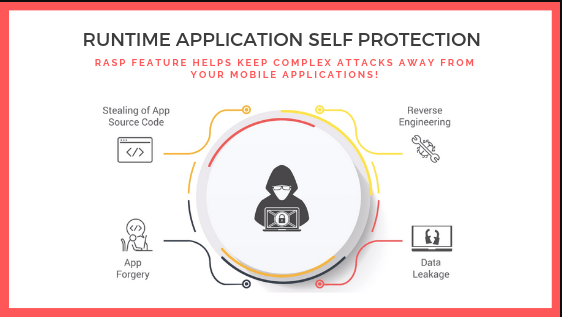 In this era, almost every task is done with the help of a mobile application. Hence the developers try hard to secure the same from various online threats. With the advancement of technology, the hackers have also developed new techniques that become difficult to monitor by the developers also. Due to such a change in techniques by hackers, the developers also have to find new ways and options to safeguard the apps consistently. They rely on the architecture or framework which works with self-protection and that too with proper runtime application.

With the help of this RASP technology, it becomes easy to know the hacking effort and avoid it with strong measures. Hence for the developers, this technology proves as a shield against attacks. They can take preventive measures promptly without looking at the damage caused by such attacks. This technology has features of smart protection that get activated in case of such an online threat. With a single effort to breach the system, it can alert the developer and make precautions urgently to keep the information confidential.

How does it work?

Well, it is interesting to know the mechanism of this technology, which is nothing less than a magical one. Some of the developers are keen to work on threats, analyze the damage caused by a trespasser. Before this technology, there was no option to know the online threat and avoid it on an urgent basis. After this technology, the experts focus on it as they can be sent an alert message by the system and stop the concerned activities. The RASP security system can help the developers know the online activities and identify the harmful ones immediately. This system is easy to operate and also much cost-effective compared to the traditional options. The most notable thing is it is imbibed in the app and hence can easily detect any such threat.

The strategy by developers:

The developers first focus on the effect of the security system. Previously it was not working on a real-time basis and hence the damage due to such hacking was unavoidable as they were able to know the damage only after its taking place. In this technology, they can know the activities on a real-time basis and hence immediately stop the miscreants by activating the safety features. However, with the change in technology, the type of hacks also has been changed. Many advanced techniques are used by hackers, which can bypass any security system. Still, on the other end, the developers rely on such technology as RASP, which can help them and stop hackers instantly. Hence they can keep the app and its data safe against any such risks. However, with the changing technology of hacking, the developers also keep on changing the tactics and opt for new options.

It is believed that the developers focus on a particular programming type and technology; they cannot trace the risk of hacking on an urgent basis. This leads to the failure of security for the concerned app. Nowadays, the security system, such as RASP security, focuses on preventing online threats rather than resolving the issues.

Even the developers cannot guess from where such a threat may arrive to the app and damage it. Hence they need to have all preparations for emergencies, and this system can help them stay alert all time. The primary aim of such an attack is to hack the data on the app, which can be saved rightly with the help of this security system as it can help the developer know the threat at the very same moment of attack and hence help avoid any damage to the app. In some cases, the hackers keep on trying hacking the system for days or weeks, and hence manual arrangements may not be that much effective. Online security can help the developer monitor or track such threats and avoid them with various actions. Due to this system, the security of the user database can be enhanced, and one can keep on focusing on the improvement of the app or development of a new version.

In some cases, the hackers act smartly and try to have the source code of the app, which can help them penetrate it in the future easily. In such a condition as an owner, you may not have command on your app, and the credibility of your app may get tremendously damaged with a compromise on users’ information.

Does it affect the speed of the app?

Some of the users doubt that such an online security system may affect the overall performance of the app, and it may get slow down or take a long time to get loaded on the device. However, as per the experts with this RASP security, there is no such complaint as it has a different framework altogether. It is also very light as far as the structure is concerned and hence does not interfere with the overall performance of the app. In fact, it keeps the virus and other threats away, which can help one enjoy the app with better performance and features.

The main thing here is to identify the threat and its source. Once this task is done, one can go for a variety of actions to stop the same. One can stop the concerned user session and block the user from such a source so that no security breach can take place. In case one does not want to stop the session, he can manually terminate the same for a while and prevent the threat from damaging the app. One more option is to reroute the concerned request to a different location and continue on the app. In this case, the user may get a different message than the original style of the app, which drives him to shut down. For new developers, this can be a good trick to avoid online threats and also keep the hacker away from the app.

This security system can be the best option to keep the data safe and make it enjoyable for the users.