The keys before starting the Camino de Santiago 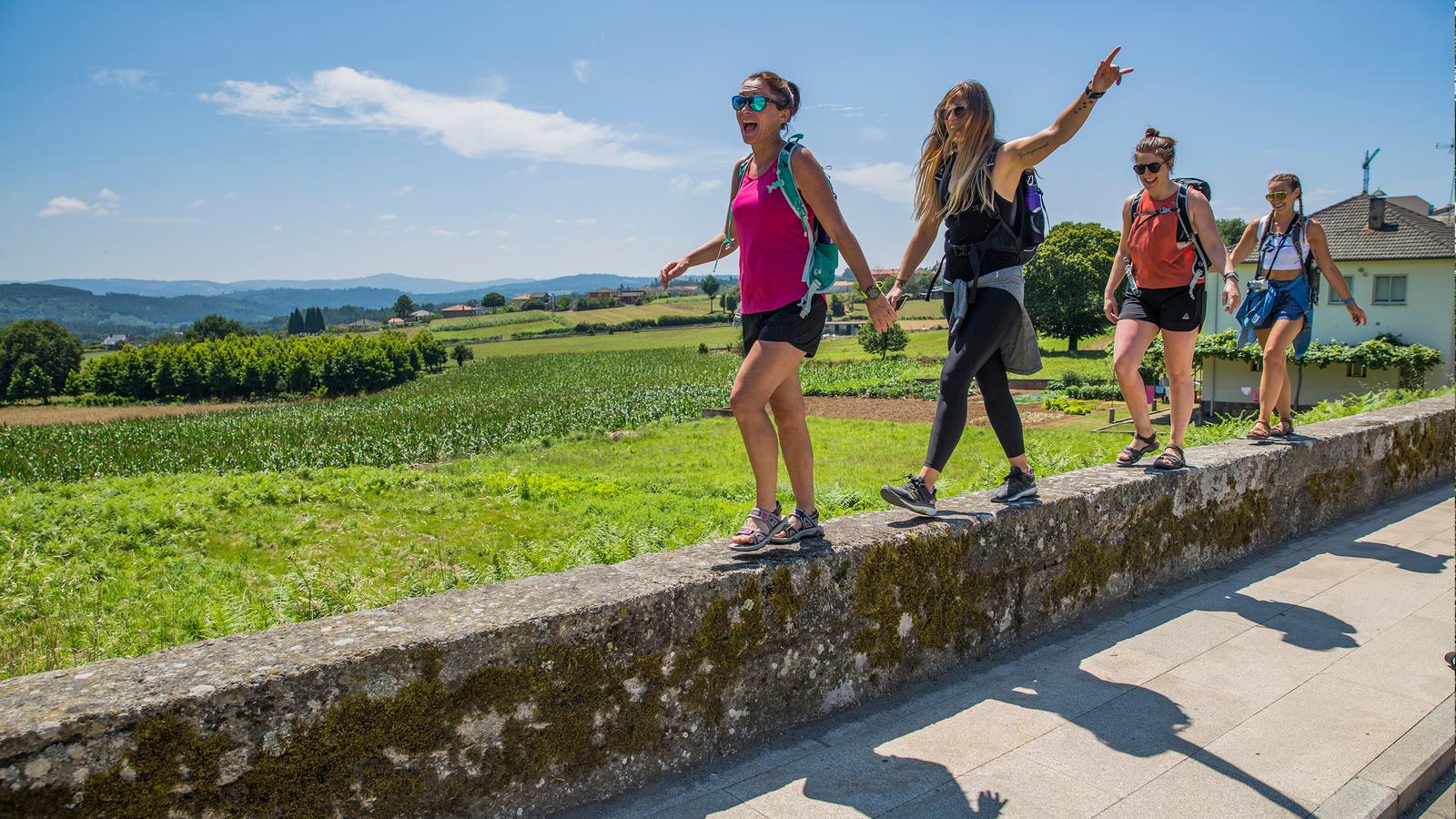 Before leaving for Santiago, many pilgrims have doubts. How do I get to the exit? Which route do I choose? Busier or quieter ? Will I do the Camino on foot or by bike? In short, how to do the Camino de Santiago ? In this section some useful keys are provided for pilgrims on their journey to the Cathedral of Santiago .

How to train physically for the Camino de Santiago?

The Camino de Santiago is a certain physical and mental challenge, mainly because mostly are not used to walking several tens of kilometers on consecutive days. This does not mean that if they are not in shape directly they have to forget to do it, but nevertheless they have to plan at least two months in advance to start preparing.

The most important thing in training is to achieve consistency over time, in such a way that they accustom their body and mind to the wear and tear of going for a walk continuously. Simply giving a beating the week before when traveling the Camino de Santiago map will only serve to start the trip with loaded muscles and at risk of injury.

As accordingly, it is advisable to start going out frequently at least 6-8 weeks before leaving for the Camino, starting with short walks through terrain without too much change of slope and at least 4 times a week. It is important that they start from the beginning to prepare their selves with the footwear that they are going to take on the trip.

2. WHICH ROUTE TO CHOOSE:

·         The French Way: It is by far the most famous and busiest route. The most typical. The French Way has several advantages, beyond its own scenic, artistic and historical splendor, from Roncesvalles to the Cathedral of Santiago itself . It is one of the best signposted (although sometimes the picaresque of a hotelier can play a trick) and the one with the widest network of hostels. As it is the busiest, there are usually no provisioning problems.

·         The Portuguese Way:  It is the second busiest. Enter Galicia through Tui . Until its arrival in Santiago, it passes through the most populated belt of Galicia, passing through cities like Pontevedra, historic towns like Padrón or Caldas and small villages. Pilgrims often complain that there is a lot of asphalt, although the roads are usually little traveled by vehicles. Well signposted and with a network of hostels more than enough to cover the demand.

·         Camino de Santiago to Finisterre and Muxía: It is the only one that does not end in the Galician capital. The vast majority of pilgrims use it as an extension of their adventure to Santiago. It has a great tradition, since from the 12th century the Calixtino Codex links these territories with the cult of the Apostle’s tomb. Burning clothes or ditching old boots at the “end of the world” as the sun sinks in the middle of the Atlantic is one of the moments that pilgrims will take home for the rest of their lives. In the summer months there can be some crowds. This route is getting stronger every time.

WHAT DO I HAVE IN MY BACKPACK

The luggage to count on

NetSuite developer is handy when it comes to work remotely as well as on your base place, whether you are on the go or at home it full fills all needs.