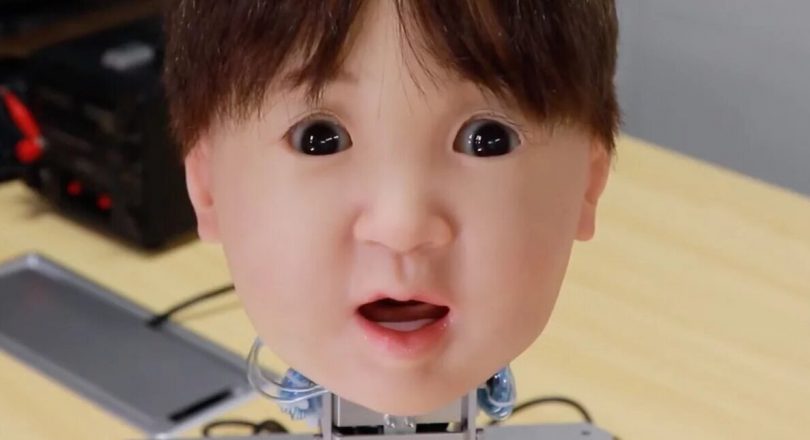 The significant concerns regarding robots are related to ethics. Now, a new Japanese automaton capable of “feeling pain” will be responsible for teaching empathy to the cold Artificial Intelligence.

We don’t know if androids dream of electric sheep, nor if robots will ever really be connected to human emotions or be able to perceive pleasure and suffering. For the moment, Osaka University wants to teach empathy to Artificial Intelligence by creating a Blade Runner-style robot capable of feeling pain. The robot is programmed to make a grimace when an electrical charge is applied to its skin.

To carry out their plan, the team inserted an artificial pain system presented in the form of an ‘affetto,’ a hyper-realistic children’s robot manufactured by engineers in 2018 that has the face of a small child, imitating human gestures with fantastic fidelity. This machine is capable of reproducing realistic facial expressions, grimacing, smiling, frowning, or responding to stimuli.

This child-faced robot involved a long process of emotional analysis connected to facial muscles: to create it, researchers identified 116 different facial points and analyzed the mechanisms needed to create distinctive expressions. Osaka University’s next plan is to enable it to process pain. The principal researcher, Minoru Asada, who is also president of the robotics society in Japan, hopes that the project will be functional, and the machines will be able to learn the ability to feel empathy and morality.

Boston Dynamics’ robot dog hired to patrol the Norwegian oil company
“In Japan, we believe that all inanimate objects have a soul, so a metal robot is no different from a human in that sense: there are fewer boundaries between humans and objects,” replied Asada about Shintoism, a religion originating in Japan and a popular cult defined as naturalistic animism with reverence for ancestors, deeply identified with Japanese culture. At present, it shares space with Buddhism as the majority religion in the region.

The system of artificial pain was presented at a specialized congress in Seattle. Asada and her team hope that encoding pain sensors into machines will help robots develop empathy with human suffering so that they can act more compassionately. For now, the Osaka University team wants to focus on applying robots to alleviate the plague of loneliness in Japan’s aging society, so that these robots can provide “physical and emotional assistance” to the elderly who live alone.

“In general, I believe that robots will be more effective in socially bonding with humans when they have a more sensitive and expressive body, so we are trying to create an expressive robotic head and sensitive tactile sensors. Of course, I believe that someday humans will create robots that are difficult to distinguish from humans,” concluded the principal investigator.