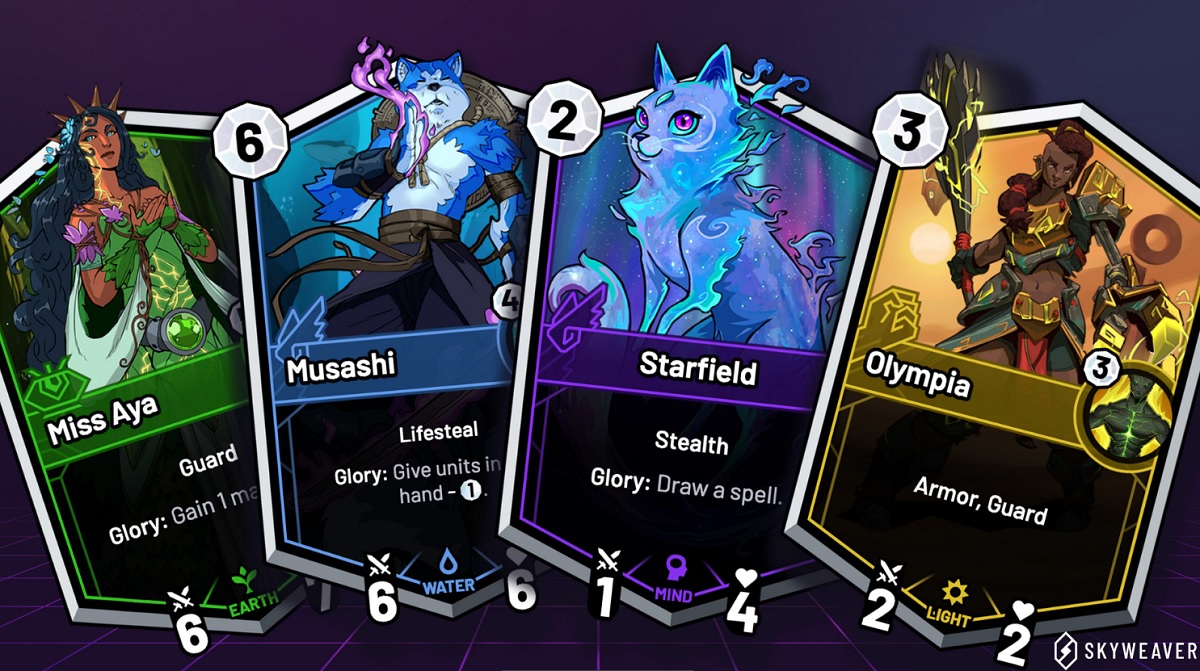 Gods Unchained is an early blockchain card games that players still remained enthusiastic to it since the game launched. And it is one of the most popular blockchain card games in the minds of players. In this game, virtual fantasy characters are used as card images, and cards are collected as NFT forms as the main gameplay.

Similar to Gods Unmatched, Splinterlands is a blockchain card game that has been ranked in the top10 for years. This game focuses on card battles for rewards and runs on the STEEM blockchain, where players can use cryptocurrency and Paypal to buy card to improve their combat abilities.

SkyWeaver is a digital collectible card game from Horizon Games that uses cards placed on the board for battle. Even without cards, the player hero can take the field and attack the summoned creatures on the board.

Compare with above card games, SGEM is a relatively new blockchain card game that launched in November this year. But it is popular with everyone, and its data once shot to the top 3 blockchain game ranking.

This is a blockchain card game that combines“Heroes + Cards + Buildings”. Cards match heroes to attack enemy defensive base. Players can destroy enemy’s defensive buildings through the combination of Babos and cards. So there are various ways to play.

This game is gradually opening the characteristic event system, and various events will be launched all over the year. With the game’s generous rewards, everyone is looking forward to it becoming a representative blockchain card game in the future.