Why artificial intelligence is stupid and why we don’t care 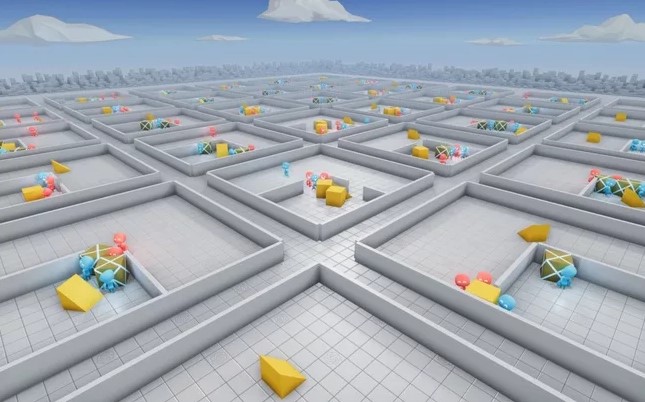 Artificial intelligence is an old myth. Most of its technologies date from the 50s. And about every 20 years we get excited about it for a few years and then after we are interested in something else. We call it “AI Winters”. At the moment we would rather be in the summer so, you see. But some wonder if winter is not near.

Why? Because despite the disproportionate power they now enjoy (thank you carbon footprint, by the way) and abundant volumes of data (a bit sexist and racist, however), robots are still as stupid as before. It’s just that they think faster.

As an illustration, this little video of a car trying to park in a parking lot. It ends up getting there but after having stamped the other cars 200,000 times plus a barrier. If you suffer from robophobia and you think that they will all replace us one day, I advise you to watch this video once or twice a day, it is very relaxing.

The problem of robot stupidity can be summed up in the following demonstration: give a 5-year-old child a wheeled car and ask him to park. It won’t take 200,000 tries to succeed. First because after 200,000 tests he may have reached the age of 80 (I did not do the math, so I let you correct) or just died of boredom, but also because ten tries will suffice. What is called artificial intelligence today is simply a question of speed, that is to say an algorithm still as stupid as in the 1950s but which crashes so quickly that you only see it on fire .

In summary, just because artificial intelligence looks intelligent doesn’t mean it is.

In fact, as long as we have not succeeded in teaching a robot to park its car as with a five-year-old child, it will be difficult to progress towards real intelligence.

To sum up his thought: despite their cerebral inspiration, deep learning algorithms are in the end just another data analysis tool.

In fact, the reality is that, although not intelligent, this statistical and self-learning approach to data analysis is particularly effective in its field: finding correlations between data and predicting the best combination of data. It is particularly particularly suitable for processing large amounts of unstructured data.

It also continues to surprise those who use it. And there is still quite a bit of room for improvement as the data made available to the algorithms are refined.

But after ? Asked Judea Pearl, who thinks that we are at an impasse.

According to an article written by MIT researchers , to create learning and thinking machines similar to those of humans, they would have to be able to build causal models of the world capable of understanding and explaining their environment.

“The risk that one day AI will overtake human intelligence is still far away. The real risk is that humans take intelligence for what is not intelligence. ”

Basically, we have to change the paradigm. Move from Python (the programming language of “machine learning”) to Plato. From statistical analysis to concepts. Yes but then what is a concept? What is a conceptual approach to the world, which also makes it possible to approach versatility? Re-read your philosophy lessons …

Let us listen to Gaspard Koening on this subject. In a fascinating investigation through the world of artificial intelligence (“The end of the individual”, editions of L’Observatoire), the philosopher goes even further. He concludes that intelligence cannot be reproduced without a biological approach: “Thinkers of strong AI dream of a world without bodies, regulated by logical relationships. (…) Our mind is not a pure logical combination abstract from all incarnation. It is deeply linked to the biochemical reactions that occur in the body. ”

Basically, the risk that one day AI will overtake human intelligence, other than in speed of calculation, is still far away. The real risk is that humans take intelligence for what is not intelligence.

But basically, we don’t care. I mean, this debate that divides more and more AI researchers and current AI enthusiasts is just the continuation of an old fantasy.

The fact that artificial intelligence is stupid does not prevent it from being super efficient in carrying out certain tasks. The key is to clearly identify the fields of application as well as the limits (the quality of the data in particular, but not only). A nice illustration of this debate is the latest project published by Open AI, the research organization founded in particular by Elon Musk , which is already at the origin of quite a few sympathetic and somewhat creepy research projects like an automatic generator of false information. .

This time, they taught neural networks to play hide and seek to see how they were doing . To make the exercise funnier, they made their little robots look too cute. The blues are trying to hide, and the reds are trying to find the blues. The technique is quite similar to that already used to beat humans with Go or Starcraft. But what is fascinating to watch is to see how the blues will compete in ingenuity to avoid being found and how the reds will succeed in bypassing obstacles and “invent” new techniques to achieve their end.

For example, the blues have found a way to block the walls to create rooms and hide in them. The reds then used ramps to jump over the walls. The blues therefore decided to block the ramps away from the walls. And this is where the reds invented a new sport: surfing on cubes to cross the walls. They bring the cubes in front of the ramps and then move with them as with a surfboard.

In the end, it is nothing more than neural networks that “refine their curves to the data”, as Dr. Pearl would say. No intelligence. Just statistical efficiency. But what is interesting is the use that is made of it. And the way researchers have fun making them fight each other, and putting them in scene in order to bring out new strategies that are readable for a human. Even invent new tools that he could perhaps use tomorrow in real life.

Robots are tools. And only tools. Their technology is probably still limited – and perhaps the current technology is at an impasse – but that doesn’t stop us from inventing lots of things and applications with it. Give a stick to a child, he will draw a thousand uses. That’s all the difference with a robot. We can continue to fantasize to try to make the stick smarter than the child. But in the meantime, we can already try to use the stick correctly.