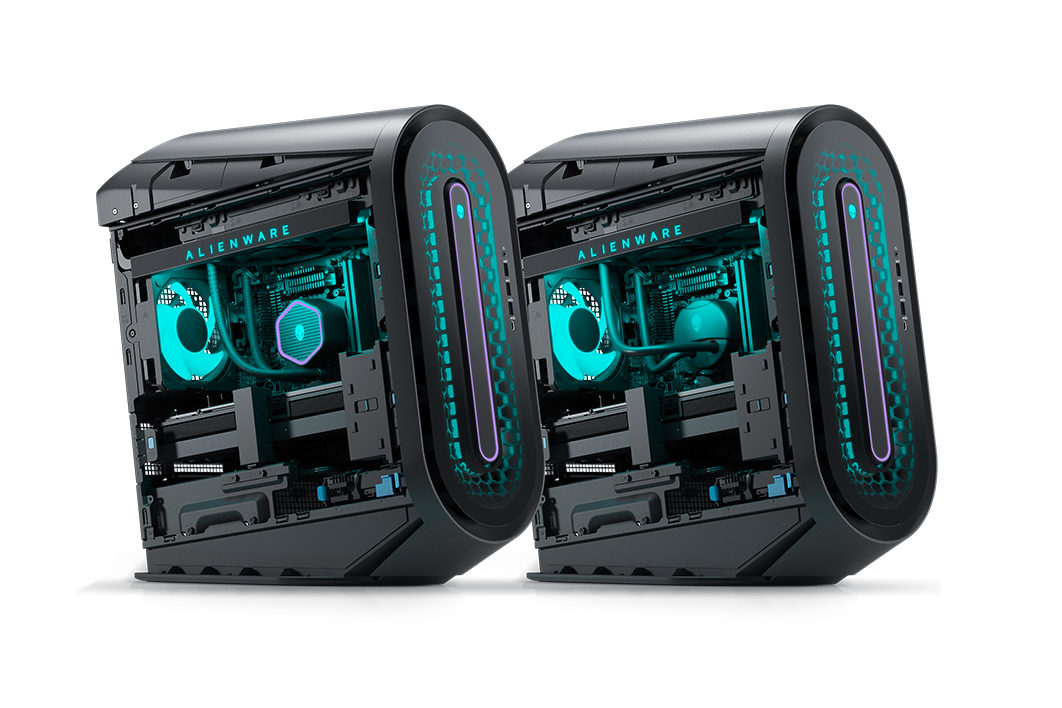 In every sense, the new Alienware Aurora has everything. The gaming PC’s innovative “open-air design” totally reorganizes its component parts and is created from the inside out. By doing this, the amount of open space inside the housing is increased by a stunning 50% without appreciably expanding the device’s outward dimensions. The Alienware Aurora runs cooler and quieter because to this increase in space. Gamers will also have much easier access to it, making upgrades even simpler.

The Aurora now supports liquid cooling and has space for up to four 120mm fans. Thus, it maintains composure at all times—even during the most intense gaming sessions—and avoids performance declines brought on by overheating. Additionally, the additional room and more effective fans guarantee a reduced noise level. As a result, even when characters are speaking softly and in other quiet situations, players are able to focus without being distracted on what is happening.

Venus, Diana, Fortuna, and Pax were only a few of the high-concept female deities in the pantheon of ancient Roman gods. Not to be overlooked, though, is Aurora, the Roman goddess of dawn, whose name still today conjures up images of a bright sky and the radiance of good things to come.

Thus, the next Aurora system from Alienware will be the first to use Intel’s 8th Gen six-core CPUs, a ground-breaking new desktop processor. There is no doubting their natural kinship, just like Mars and Venus, or perhaps couples like Jay-Z and Beyonce or Mario and Luigi. With a starting price of $799, it can be purchased in the United States as early as October 5. On October 20, shipments of orders start.

With a single-minded focus on providing the enthusiast community with the best desktop performance, Intel’s 8th Gen Intel Core brings advancements for gamers across the board. It delivers unlocked performance, streamlined convenience, and the ability to handle the most demanding games and higher frequencies to push ideal frame rates. To defeat well-known and demanding PC games like Forza Motorsports 7 and Superhot in VR, the 8th Gen Intel Core offers a 40% performance gain and up to 25% more frames per second than the 7th Gen.

In the big-tent gaming scene, Alienware and Dell have long been associated with innovation, building setups to suit players of all skill levels. As a mid-tower desktop, Aurora offers outstanding performance and upgradeability for winningly launching into 4K gaming and VR. It is the smallest dual-graphics mid-tower desktop ever produced by Alienware, and it incorporates design cues from its larger sibling, the Area-51, including CPU liquid cooling, overclocking, and other features for high-performance gaming.

With programmable AlienFX lighting, high-quality components including anodized aluminum, steel reinforcement, and magnesium alloy, as well as a chassis that enables simple, tool-free access for GPU and other upgrades.

With Intel’s 8th Gen six-core CPU, Alienware Aurora enters a new era of brightness. Watch out for this powerful couple who complement each other. Indeed, good things are on the way.

An upgraded version of Dell’s bestselling gaming desktop, the Alienware Aurora, has begun arriving. New high-performance PC hardware is included in the Aurora, and an innovative optional chassis with a clever thermal management system for the best heat dissipation is also available.

New processor and graphics technologies are now available for the Alienware Aurora. The “Extreme Edition” option will feature the most recent Intel Core i7 CPUs with up to 6 cores, 15MB of cache, and overclock speeds up to 4.3GHz with Turbo Boost technology (I really prefer that moniker). Additionally, the Alienware Aurora will support the most recent graphics innovations, enabling users to play the most recent DirectX games at maximum settings. NVIDIA GeForce 700-series cards and AMD 8900-series graphics cards are included in these graphic solutions.

The desktop hardware specifications for the omniverse are to give it a unique and incredible look with three-dimensional tools and techniques. The Alienware aura is best for playing games, and the integration of these two has the potential to create a photorealistic simulation in the 3D model. The PC configuration in omniverse AI uses windows 10+ for minimum operating system specification with a 64-bit microprocessor.

The SSD ranges from 50Gb to 1Tb+ M2 SSD for storage capacity. Omniverse hardware requirement in terms of CPU cores ranges from 4 to 16. The Intel 17 Gen 7+ AMD Ryzen+ microprocessor is used for outstanding performance. There is a requirement for the RAM to oscillate between 16GB to 64+ GB. Also, VRAM’s minimum requirement is from 10Gb to 64Gb. The GPU used to amplify the graphics is GeForce RTX 2080, Quadro RTX 5000, and 2x+Quadro RTX 8000.

These specifications are formulated for the unique three-dimensional design and digital twin simulation. All these parameters, when considered, give rise to easy animation. The creative and smooth motion blending can uplift the 3D scenes and the animated characters. The Omniverse Audio2Face can create precise lip synchronization with human-like facial characteristics. This gives the users an amazing playing experience.

The Alienware Aurora raises the bar for Alienware’s renowned excellent engineering and design. What Alienware refers to as the ALX Chassis is one of the optional features that I’m interested in. For these powerful gaming systems, the ALX chassis boasts an innovative thermal management system that makes use of sensors placed throughout the chassis to improve cooling and acoustics. The top of the computer has active vents that open and close dynamically to dissipate additional heat and prevent overheating of the internal components.