Are the interest rates expected to rise over the next year? 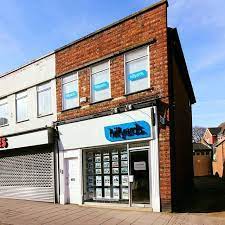 People have always wanted to make a proper means of investment that might come of immense benefit in the future. The majority of people make sure to have an asset of their own where the value would grow multifold within a few to several years. One such investment is purchasing a property in the city of London or other significant regions of England or the UK. Homebuyers opt for home mortgage loans when they acquire a property. Mortgage lenders provide a lump sum with a fixed or variable interest based on the plan chosen by the buyer. Interest rates are changed about six times a year. Usually, interest rates are slashed down when the nation faces a financial crisis. When interest rates decrease, inflation gradually increases. The Bank of England makes sure to balance the interest rates and the inflation for improving the overall economy of the country. There are many estate agents in Aylesbury and other areas of England who’d assist with acquiring a mortgage loan at the best rate of interest. The base rate set by BOE is based on the rate of existing unemployment count and other economic factors. A committee of members of BOE votes against the rising or falling, based on which a final decision is given.

MAKING USE OF THE CURRENT RATES

Mortgage lenders across the country have been providing higher LTV with the lowest rates of interest for borrowers. With the lowest interest rate of up to 0.1% that was set recently in November 2021, there is still plenty of time for new buyers to enter the property buying journey and avail of mortgage loans. People should take immediate action towards their loan application process before the interest rates escalate. Currently, most lenders are planning to raise the interest rates to 0.25% and higher, keeping in mind the predictions. Availing of the best-fixed loan mortgages with the help of local agents or mortgage advisors.

WILL THE INTEREST RATES RISE AGAIN?

According to the recent predictions based on the economic charts of the country, the interest rates will definitely increase very soon. BOE makes sure to maintain the inflation rate by 2% to maintain the nation’s economy, and the current inflation is 4%. In order to bring back the lost balance, BOE might raise the interest rates by 0.25% approximately by the mid of December. Keeping in mind the current real estate trends and interest rates, economists have predicted inflation to go up by 6% by the beginning of 2022. This rise will again lead to the increase in interest rates in mortgages to bring it down to the usual 2%.

MAJOR REASONS THAT DETERMINE THE CHANGE IN INTEREST RATES

Mortgage loans offered by local banks and money lenders come with a varied range of interest rates. These rates often fluctuate from time to time for several reasons. The main reason why the interest rate might drop down is the economic condition of the state. The country’s financial status is the most prominent and influential factor that affects inflation and change in interest rates. Similarly, the rise in the unemployment rate had a great effect on interest rates last year, and it will also be a deciding factor in the future. Demand for properties from buyers will have an impact on the mortgage loans and interest rates.

People hunt for the best of mortgage lenders based on the loan-to-value for the property, low rate of interest, remortgaging options and other exclusive deals. Most of them consider low-interest rates as the main reason and accordingly pick the mortgage loan. When there is an increase in the interest rate in the existing mortgage plan, the lender will monitor and verify whether the person can still afford the loan in the long term. If the lender’s expectations aren’t met after this process, the borrower will have to apply for a remortgage with another moneylender. The lender must be ready to provide the same interest rate stated in the contract, which is a challenging task at hand.

With an existing mortgage loan, the increased rates of interest will create a severe effect on the mortgage holder. This will affect the borrower’s finances, and after calculating the changed interest rate and the duration of the loan, the person will have to pay extra money for the same. If the borrower has planned to slide their mortgage to another lender, the process becomes even more complex and will also delay the entire remortgaging process and repayments on the whole. The change in interest rates would have affected the mortgage loans, and it is difficult to remortgage. It is better to consult a mortgage advisor and sort out the loan procedures before it is too late to make any further changes. Best Nighttime Fat Burners