Coronavirus: robots to help caregivers in the fight against the epidemic 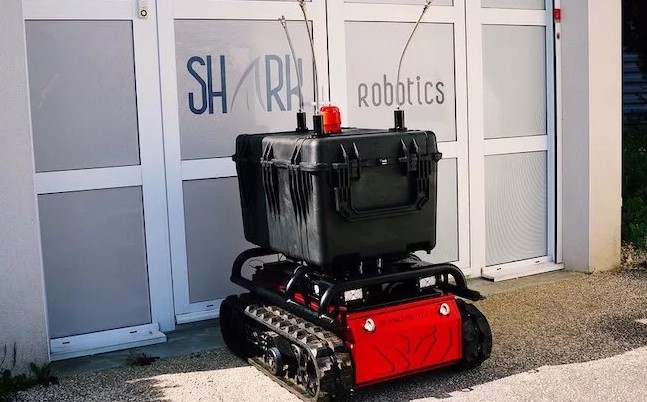 Whether they evoke progress or science fiction nightmares, robots, efficient, fast and impervious to contagion, have never proved their usefulness as much as in the fight against the invisible enemy number one. In early March, a team of 14 robots cared for patients in a makeshift hospital in Wuhan, where the Covid-19 pandemic started. Thermometers connected to 5G took their temperature at the entrance, autonomous machines brought meals and medicines, and “Cloud Ginger”, a humanoid with the stature of a siren, was responsible for communication.

“She was giving news and dancing to cheer up bored patients , ” said Karl Zhao, president of Beijing and California-based CloudMinds. A handful of people, including a doctor, controlled all the robots remotely using a digital platform and connected wristbands, worn by hospital patients, to constantly measure their blood pressure and other vital data. The establishment of this “new” structure was complicated, admits Bill Huang. In the end, it only received patients from March 7 to 10, when “the city suspended all temporary clinics” .

This short but ambitious experience may foreshadow the future of care for highly contagious diseases. The devices, for the most part equipped with an artificial intelligence system, do not replace doctors – they protect them. Hospitals in Thailand, Israel and elsewhere have equipped themselves with screen robots for consultations by videoconference, without having to enter the room. Some may even audit the lungs. ”  This allows us to interact more often with patients, without having to put on the full suit ,” said Alexander Yip, director of innovation at Alexandra Hospital in Singapore, during an interview for the local chain CNA.

Autonomous vehicles are also illustrated in the household, a key subject at the time of the Covid-19. ”  Traces of the virus were found on various surfaces in the passenger cabins (…) up to 17 days after their evacuation from the Diamond Princess,” said the American Centers for Disease Control and Prevention, in a report on this ocean liner where more than 700 people were contaminated.

Hospitals are therefore turning to germicidal robots, capable of ridding a room of viruses and bacteria in a few minutes, from curtains to door handles. The American Xenex and the Danish UVD had to increase their production of robots that emit ultraviolet rays that can neutralize pathogens. “Emergency services now use it to decontaminate the rooms after each patient (…) or to disinfect FFP2 masks , “ said Melinda Hart, spokesperson for Xenex.

In France, Shark Robotics designed and tested a decontamination module a month ago, which is added to one of its all-terrain robots, capable of evacuating victims as well as going out to extinguish a fire. Just pour a disinfectant in the tank, and the Rhyno Protect “can clean 20,000 square meters in 3 hours, by spraying micro droplets at 360 degrees, without flooding the room,” explains co-founder Cyril Kabbara. The company has received several orders from foreign countries, starting with Italy, which wants to decontaminate hospitals but also stations, before entrusting them to firefighters for all kinds of missions.

“With the pandemic we are witnessing an acceleration of innovation in robotics,” remarks Lesley Rohrbaugh, director of research at the Consumer Technology Association. ”  These robots are expensive and they need a good Internet network to function,” she adds. ”  But their usefulness seems to justify the expense, and (American) institutions have invested in solid connections in recent years . “

Some organizations want to give robots even more capacity. A University of South Australia lab is working with Draganfly, a Canadian company, to develop drones equipped with sensors capable of detecting respiratory infections in crowds. ”  They can be used for early detection (of the epidemic) and also to determine the proportion of people affected in a population,” hopes Professor Javaan Singh Chahl, director of research.

His team is working on algorithms that can measure heart rhythms and temperature, and spot people who cough or sneeze in queues at an airport, for example.

Published in Gadgets and News