Is Corona Virus in winter going to become more lethal? 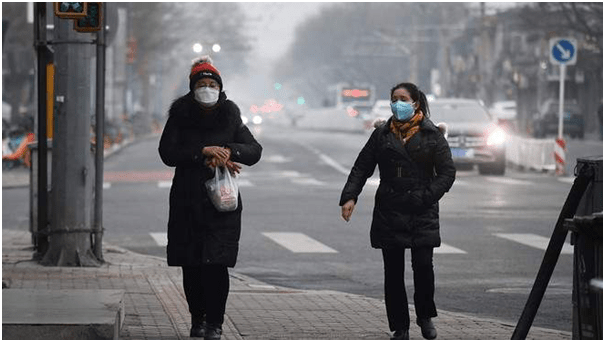 Winter has begun, and researchers have long warned that the outbreak of the novel Corona virus, Covid 19, could worsen in this winter when there is fear of covid-19 second wave all around the globe. It can deteriorate especially those areas where the situation is already out of control.

We should consider experts’ opinion in this regard. According to David Relman of Stanford University in the United States, “the virus is about to invigorate, we may have difficult months ahead.”

Numerous viruses that cause respiratory diseases, including influenza and pre-existing corona viruses, increase in winter while their number decrease in summer.

According to medical experts, it is too early to say whether the epidemic of Covid-19 will gradually become seasonal, but there is growing evidences that seasonal effects in winter could lead to rise in the number of corona infected patients all over the world.

According to Mauricio Santillana, an expert who specializes in modelling the spread of diseases at Harvard Medical School, this is very obvious that people are spending most of their time inside their homes particularly in this cold weather. In such situation air drainage system will be faulty which surely increase the risk of transmitting the virus. Hence, people should also take care of this issue.

Raquel Baker, a Princeton University expert, said even the slightest weather effect would put a large number of people at risk. “Precautionary measures such as social distance and wearing face masks could affect the effects of the epidemic this season,” he said.

What is the proof until now?

The main question in this debate is actually what the evidences are so far people have gathered and what point are they making. The climatic effects of viral diseases are a combination of several factors such as the behavior of people and the characteristics of the virus. Laboratory findings have clearly shown that cold and dry weather is ideal for Novel Corona virus, especially with respect to direct sunlight.

For example, artificial ultraviolet radiation can neutralize the new corona virus particles in the ground and air. Similarly, in temperatures of 40 degrees Celsius and more humid weather, many viruses become inactive on the surface very quickly.

In winter, on the other hand, people heat their homes with heaters or other means, while the air does not evaporate much better as it dries out in summer. According to an expert Dylan Morris from Princeton University, “the environment inside the enclosures in winter is very conducive to the stability of the virus.”

To reduce the rate of spread of a particular virus during different seasons, researchers usually conduct research in a single location several times a year for several years in different seasons.

But this time it is not because the Corona virus has not been spreading for less than a year and research on its meteorological effects is still ongoing.

A study published in October examined the rate of cases of the new corona virus during the first four months, until precautionary measures or lockdowns were implemented in most countries.

The study found that the rate of cases increased faster in places where there was less sunlight.

Researchers predict that if precautions are not taken, the incidence of cases will decrease in summer and will increase in winter automatically. They also explained that it is possible to dramatically reduce this risk, but it will depend on people’s behavior.

Frances Cohen, an expert at the University of Barcelona in Spain, said testing rates at the onset of the epidemic were very limited and unreliable, hence to determine the effect of the weather on the spread of the virus is not possible.

Princeton University expert Raquel Baker is working on the effects of the epidemic’s climatic trend, using moisture sensitivity data on other corona viruses.

Over the years, he and his colleagues have developed a model for increasing and decreasing disease rates in New York City, taking into account seasonal effects and other precautions, and attempting to determine conditions without them.

He discovered that even the slightest effect of the weather could lead to a significant increase in the epidemic, especially if precautionary measures were limited to controlling the virus.

Their findings were published in the preprint server medRxiv issued on September 10, and the researchers indicated that strict precautionary measures would have to be taken to reduce the risk of an epidemic during the winter.

What will happen in the future?

If this corona virus manages to protect itself better in cold weather, it will be difficult to identify the effects of human behavior.

Kathleen O’Reilly, an expert at the London School of Hygiene and Tropical Medicine, said that the flu has been around us for hundreds of years and that the specific mechanism by which it occurs in winter is still not well understood.

Experts believe that over time, the effects of climate change will be significant in relation to the spread of the disease, as more and more people become immune to the virus.

According to Raquel Baker, this can take up to 5 years or less if people get the vaccine.

According to Colin Carlson, an expert at Georgetown University, this will depend on a number of factors that need to be understood, such as how long immunity to the virus lasts, how long people recover from the disease and how long people become infected. What is the probability of reinfection in people?

More from EducationMore posts in Education »