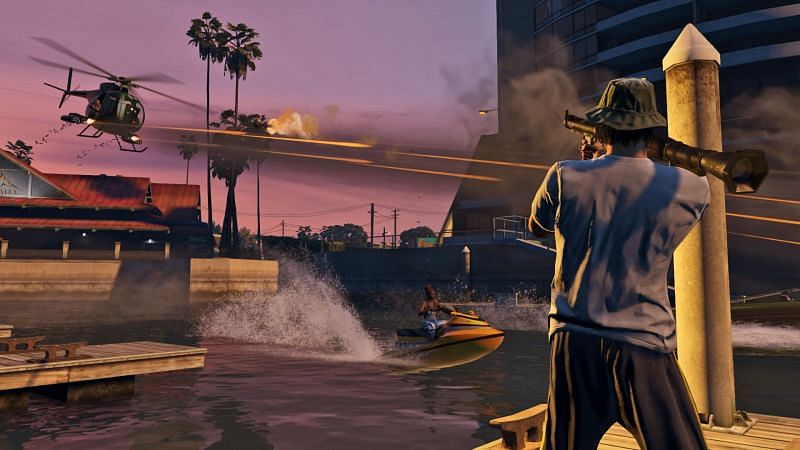 GTA 5 did not meet the gamer’s expectation even in 2020. GTA 5 does not support cross platform or crossplay.

GTA 5 did not meet the gamer’s expectation even in 2020. It is one of the best open world games to buy in 2020. The reason behind is the story mode of  GTA 5 and multiplayer experiences. However it does not support cross-platform play. This saddens the players.

What does Cross-platform play means?

In video games term Cross-platform play used to represent the ability to make different platforms (i.e.: PS4, Xbox, Nintendo Switch, PC, Handheld game consoles, Mobile, etc) share the same online servers in a game, allowing players to play together regardless of the platform they are playing.

Cross-platform games allows users to use whatever platforms the circle wants. It doesn’t restrict any one playing with different console. Whereas  GTA 5 doesn’t allows this. Even this is the biggest drawback of GTA 5.

Now a days with fast moving technology and high internet speed users prefer Cross-platform games. It is more entertaining and most popular to current generation of gamers. For example, if you can play a game on your PC with your friends who is might playing the game on PS4. In such case, cross-platform never restrics the gamer. Even crossplay allows you to carry over your progress from one platform to another.

Some examples of crossplay games are as follows-

GTA 5 versus other crossplay games

No doubt  GTA 5 is one of the best online multiplayer experiences available in the internet. Moreover its story line and theme is eye catching. Even months ago GTA 5 premium edition was available online for free.

just going to throw out the fact that @RockstarGTAV GTAV is free on epic games store until may 21st. enjoy pic.twitter.com/0HmS1DypVm

People witnessed a notable marketing strategy  byRockstar Games. However because of heavy traffic on May 21st the site even crashed. Though it does not allows crossplay. But the craze for GTA 5 is always there in the gamers. According to recent news GTA 5 is free on PS5 in 2021. Also expanded and enhanced.

Due to world wide lockdown the use of internet is at its peak. Simultaneously use of online games along with  surfing of internet, scrolling the social media has also increased. Since ages Online games have been a true entertainer for the gamers.

From the very beginning the people have witnessed that Rockstar Games do not supports  Cross play. Ever since GTA to the new upcoming title Red Dead Redemption, Rockstardid not promote cross play. It seems that Rockstar never supports cross play games.

So when the question comes IS GTA 5 CROSS-PLATFORM? The direct answer is a big NO.