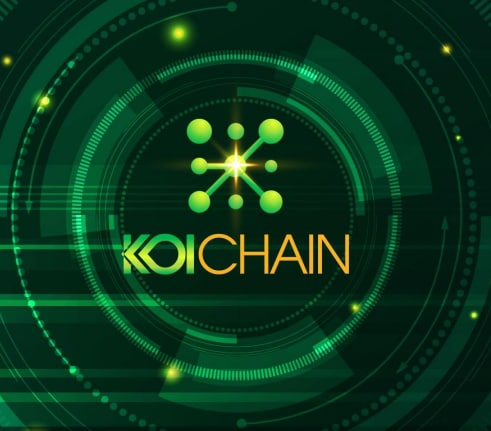 Blockchain technology is currently taking the global market by storm thanks to the development potential it brings. Besides, this technology application can increase income and new experiences for the community will definitely be a suitable separate path in the future. With the sharp analysis and accurate vision of World Wide Games, the company has decided to be a leader in its adoption and exploitation of its potential and bring many benefits and great experiences to the community. The key to opening a new era of Blockchain technology – Digital technology was launched on July 25, 2021, called KoiChain.

KoiFish is currently gaining a lot of heart from the gamer and cryptocurrency communities around the world, this is the first blockchain game application of WDG released in combination with the POP protocol that allows users to interact with each other and share device resources with the Blockchain network.

The outstanding development of KoiFish is the factor that helps the leaders of WDG quickly launch a plan to launch a completely new blockchain network and only for game publishers called KoiChain. Blockchain experts commented that this is the “golden” time for WDG to have its own way and create a highlight for KoiFish when there are too many Blockchain games on the market. WDG is the first team that can use this network while other Publishers are still struggling to know how to start and use it? With the advantages brought by KoiChain, will WDG have the ability to dominate the game market?

A new world of technology will be launched when KoiChain appeared

KoiChain is considered as the key to open up a new world of digital technology when it has so much potential for development. With the first appearance to the public, KoiChain still carries many question marks of the community for it when its uses and advantages have not been clearly announced. However, these question marks quickly disappeared when a series of information about Koichain were shared by WDG leaders and it is certain that they will bring players the most optimal solutions in the present and the future.

Firstly, the game market considers KoiChain as the main material in building professional and simple games to be able to own a game platform of its own. For Koichain, based on the mainnet, Game Publishers can use the scalability, which is provided by the main security of KoiChain and the sidechains. It is considered as a 3-layer security solution along with the WDG Coin platform that can also provide Game Developers and 3rd parties with a Smart Contract. The tools for creating game applications provided by KoiChain will solve the significant savings in development costs and can still be used by those who do not have too much experience in Blockchain.

Secondly, the community’s credibility and trust will be built thanks to Koichain through the elimination of risks and absolute protection of the asset ownership of participants and other Issuers. Compared to traditional game platforms, if the server fails or the Publisher no longer operates the game, all the player’s game assets will be lost and there is no way to get it back. Because the traditional Game Publishers are the ones who hold the power to manipulate the platform and control all the data in the game. That’s why WDG will bring absolute safety to players because they can permanently own their own in-game items and currency.

Thirdly, Koichain allows for both traditional game ownership and real asset ownership: Publishers of traditional game platforms face a big barrier when they have to maintain project operations with servers and other game data. And because of these huge controls that come with enormous risks. This control is the pressure on the Publishers when they are responsible for any loss when there is an error. To close this huge hole, traditional Publishers had to create a game platform, a platform where gamers will not be able to own game items forever. If there is any problem with the server or the game operators, they can withdraw the player’s assets and items at any time.

One thing worth noting, WDG Coin is a platform that will run sidechains in parallel with Smart Contracts. Sidechains are considered a great solution to help expand the Koichain network with fast, safe transaction speeds and minimal transaction costs.

The digital era is opened when the Koichain owned by WDG is launched, members of the Blockchain gaming community will have advantages that in the past were considered unsolvable.

Resource-saving thanks to the integration of functions from other platforms included in Koichain. This helps Developers can save maximum costs and players’ profits will be gradually improved. To put it more simply, using the KoiChain network will give players more opportunities to grow profitably.

In addition to improving profits for players, players can completely save on exchanging or moving in-game items at will without having to pay a high cost. Unlike NFT games that need to spend a lot of money to move or make transactions, for Koichain, trading or moving items will only pay a relatively reasonable amount of cost. It is this factor that can once again help players increase their maximum income.

Finally, players have the right to permanently own in-game assets and freely trade them using the game created thanks to the Koichain platform. In particular, players have more opportunities to be able to mine WDG and use it as a currency to trade in “super rare” created NFT assets. This is considered a solution to increase the user experience of Koichain when users do not need to be too knowledgeable about Blockchain technology.

The birth of Koichain marks an important milestone for the Blockchain market and the gaming market as well as WDG’s aspiration to become a “leader” in the market. Bringing more experience to users and the superior features it brings, but the market demand is limitless. We have every right to hope for a more attractive feature and also more brand breakthroughs of future KoiFish leaders.

All information can be found at: