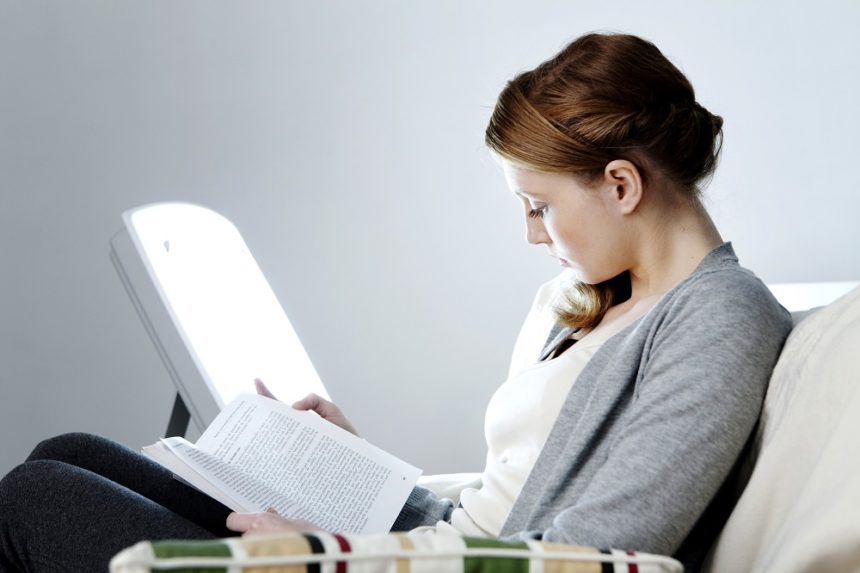 Light therapy already is known to work with those suffering from SAD. Let’s take a look at the relationship between light therapy and Bipolar Disorder.

Light therapy is a therapy model based around the concept of daily exposure to bright, artificial light. It is already recognized as a very beneficial treatment modality for people who are suffering from seasonal and nonseasonal depressive disorders. As such, researchers are looking into whether this is a viable treatment for Bipolar Disorder as well.

What is also true is that very little is known about the potential benefits that light therapy will have on people who suffer from Bipolar Disorder. Bipolar Disorder also happens to be one of the leading disabilities in the world.

Light therapy, or how it is sometimes known as bright light therapy, is being investigated as to its efficacy in fighting the depressive state at least of Bipolar Disorder. It remains not completely clear how exactly light helps cure the winter blues but there is some research that suggests that dark days affect the level of production of serotonin within the skin.

The main idea behind light therapy is that it replaces the sunlight that you lose out on, especially during the winter months, with light that is artificial and bright white.

It is worth noting that psychotherapy, antidepressants, and Vitamin D also help according to the guidelines provided in the National Institute of Mental Health. The light therapy device, the lightbox, is actually something that is more like a screen and that of the size of a regular desktop computer. There are a lot of people who even call this device a “happy box.”

In order to test its effectiveness in treating people with bipolar disorder, there was a particular research that was conducted at the Feinberg School of medicine at Northwestern University. What they did was that they enrolled 46 people who suffered from the condition into the research. Half of these people were prescribed light therapy and the other half got a placebo light. They were also made to keep the medicine schedule that they were on.

In order to make sure that there wasn’t any bias within the research, the placebo group was also told not to look up light therapy online. They were also told not the discuss the appearance of their light with anyone else who was in the study as well.

All the participants were made to place the light therapy device about 1 foot from their face for a period of 15 minute per session when they were first starting out. In the consequent following weeks, the exposure was increased gradually until the sessions were about 60 minutes a day.

The patients in the study were not required to stare at the box, they were simply required to be situated in front of it. They were allowed to do all sorts of activities while they sat near the lightbox including reading the paper, looking at their bills etc.

The people who suffer from SAD usually do their light therapy right after they wake up and it is usually the first thing in the morning that they do. But it is important to note that light therapy early in the morning for people who are suffering Bipolar Disorder may actually increase their likelihood of experiencing mania which is not at all desired. So, in this study, the participants were asked to sit in front of the light box at around midday. The time period was usually between noon and 2.30 pm.

After a period of about four to six weeks, the researchers found that 68 percent of patients who were using light therapy achieved some sort of relief from depression when compared to the only 22 percent who got the same results in the placebo experiment. The people who were given real bright light therapy were doing much better at a lot of things and seemed to be back to their normal selves. The researchers made it a point to let people know that they should not try out light therapy without supervision.

It is very important to note that the results of this study, while being intriguing are still very preliminary. This is according to the researchers. Also, given that the therapy has the potential to induce hypo-mania, it is best to not administer it by oneself but rather get the help of a doctor. This is because if there is even the slightest chance that the therapy triggers mania, the doctor will be right there to treat it.

Bipolar disorder, which also goes by the name of manic-depressive illness, is a type of disorder of the brain that causes a lot of unusual shifts in mood, energy levels and activity levels as well. This can cause serious problems with day to day functioning for people who suffer from this disorder.

What this study does, is that it offers a glimmer of hope into a newer pathway for treatment for this condition. That is very much needed as the depression part of bipolar disorder is one of the most difficult forms of depression to treat. Medicine that helps cure the manic part of the disorder are often not very effective for the depressive part. The worst part is, according to researchers, people who suffer from Bipolar Disorder spend a majority of their time being in the depressive phase.

The researchers of this study made it amply clear that the findings of this research needs to be duplicated in research that is conducted in the future. They also say that future research should also look into how light affects the circadian rhythm of the body at the different times of the day. They should then look into how that affects the symptoms that are present in Bipolar Disorder.