Protecting Your Water During Extreme Weathers 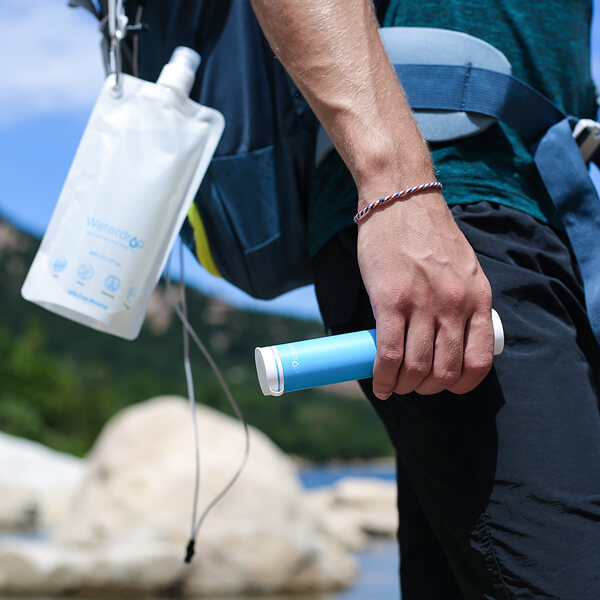 Considering all of these factors, it is important to know how to stay protected in the face of these disasters. It may take several years to recover from a disaster that lasted for a few minutes. From major infrastructural damages to extensive clean-up works, there is always a lot to do.

Interestingly, municipal water is highly prone to the effects of almost all forms of natural disasters. To learn more about how to fix it, check through Protecting Your Water During Natural Disasters Seasons.

The most efficient method of treating contaminated water after a disaster is to use a water filter straw. It is best suited for the blackout and breakdown of water transportation facilities that occur after a disaster.

A water filter straw has a 0.1-micron ultrafiltration membrane, which means it can efficiently reduce up to 99% contaminants in water. The filtration system removes sediments, rust, organics, particulates, bacteria, and even viruses in water. It also has a high-grade coconut shell activated carbon fiber that removes bad taste and foul odor.

Despite its compact size, a water filter straw has a relatively big capacity to deliver a safe, consistent, and improved drinking experience. You can get up to 100,000 gallons of filtered water from a single unit of water filter straw, ensuring you never run out of clean, drinking water.

The filtered water from your water filter straw is suitable for drinking and other outdoor uses, including emergency preparedness, traveling, camping, hiking, and more. It is a reliable source of emergency water in almost all situations.

Now, you will agree that your emergency kit is incomplete without this water filter straw.

The Effects of Disasters on Drinking Water

In February 2021, the government recommended that local residents boil their water before drinking. This was the aftermath of the Houston Storm, which considerably and adversely affected the area’s water infrastructure.

Asides from damages to water supply, natural disasters also impair the movement of water across affected areas. For example, the Houston Storm led to extremely low-temperature levels, ending in pipe bursting and water pollution. Likewise, aged transport pipes contribute to water recontamination. While these issues were not new, the extensive power outage revealed how vulnerable water infrastructures are to power outages. As a result, you may end up with untreated water in your homes after a few minutes of a power outage.

Power outages can happen anywhere, and to anyone, which is why it is so important to be prepared. Power loss is often caused by one of the following: snow, ice storms, hurricanes, tornadoes, or other storms with high winds. After the blackout, the water factory could not work normally, which may affect the water supply.

What are the important precautions?

Water is crucial to humanity’s survival. The longest anyone can go without water is usually a short time. If a natural disaster ever strikes in your area, chances are your drinking water will be contaminated. So, you should avoid drinking or using the water for other domestic chores.

The more important question is, what water would you use in such situations? We call it the emergency safe drinking water.

The rule of thumb states that you should store enough water to last you a whole week in the event of an emergency. The average human drinks about a half gallon of water every day. So, prepare a sufficient amount of pure water beforehand, and store it in a sanitized food-grade container. It is important not to open the containers except it is an emergency because they may be contaminated if fresh air bacteria are exposed.

More from HealthMore posts in Health »