Gemstones can bring in a lot of positivity in a wearer’s life and this is believed by a lot of people. In order to take their course of life to the right direction many prefers to wear gemstones these days. There is more than one gemstone that one can wear and each of them has their own set of qualities. But it is always necessary to consult an experienced astrologer before one wears any gemstone.

There are many varieties of gemstones available and Red Coral Moonga is a popular variation among them. This stone has a striking red colour and in Indian it is popularly known by the names Rakta Prabal or Pagadam. It is found naturally in the darker parts of the sea. The leafless bushes from the seas are meshed with hard calcium carbonate. Red Coral stones are very much organic and they are said to be natural gemstones which are found from the skeletons of the Polyps which are deposited along.

Red Coral comes with some unique properties and they are both durable and hard. Sometimes these stones are available in pink colour also apart from the usual red ones.

Red Coral is considered to be a matte stone when it stays in its natural form. But these stones can always be polished well to make in glossy and the shine looks great when they are used to make jewellery pieces. They do come in varieties of colour ranges like reddish pink, pale pink and deep red. Sometimes they are available in other colours as well apart from the red hues like scarlet, saffron, and white and very rarely black and blue. This stone is mostly worn because of its astrological benefits and this gemstone as per astrological studies has a lot of mind and health healing properties. Red Corals are cut into oval shapes or in capsule shapes and then they are worn as stone with rings. Triangle is another shape in which this stone can be cut but this cut is not very strong when it comes to astrological benefits. This particular gemstone is mostly produced in Italy. The Italian red coral is considered to be the best quality. Then comes the stones which are produced in Japan, China, Spain, Sicily and India. This stone is also considered to be an ancient one and as a coral jewellery for more than 1000 years. Ancient Egyptians and Europeans wore this gemstone as jewellery a lot. In India this is being worn for the past many centuries as coral ornaments.

Read More : 8 THING YOU NEED TO KNOW ABOUT INVESTING IN LUXURY WATCHES

What does Red Coral mean in Astrology?

When it comes to Vedic astrology, this stone is popularly known as the Laal Moonga and it is represented by the planet of Mars. By the belief this stone can nullify the malefic effects of planet Mars which is also known as the Mangal Graha. Mars is a planet of war, energy and courage. The red colour of the stone also means perseverance and blood.

If someone’s position on Mars is very weak as per their horoscopes and birth charts, then one can face a lot of problems. One can suffer from unnecessary expenditure, impotency, irritating attitude, weakness, lack of stability and unhappy marriage. One can also face some health issues like pregnancy and blood problems. If one can wear a red coral stone then it can help them to alleviate all the negative effects from the Mars planet. But before wearing this gemstone one must take help from a qualified astrologer. When one is advised to wear this gemstone then one has to buy it from a reputed gemstone dealer. One can buy them from Khannagems because they have been on the market for more than 30 years and they always deal with certified gemstones.

Red corals are mostly for people who are from Mesh or Vrischik Raashi (Aries and Scorpio) and after wearing this stone, one can get some favourable effects. This can also be worn by people who belong to other signs like Pisces, Cancer and Sagittarius but this completely depends on their birth charts.

Benefits of wearing this stone

One can always wear a red coral stone as jewellery and not as a gemstone. There are coral pendants, bracelets and necklaces which look beautiful and one can add them to their accessory box. The glossiness of this particular stone can be maintained well by polishing them well at a regular interval. If one wants to wear it as a gemstone then they can wear it as a ring and the stone must touch the skin to get the best benefits. 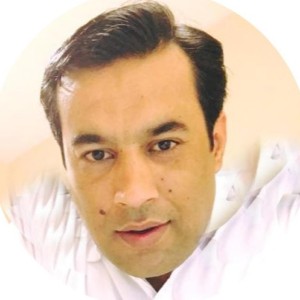 5 Reasons Assisted Living Can Be a Great Choice for Seniors

Assisted living is not only for people who cannot perform basic daily tasks because of age or some debilitating condition. Some may decide to move as a preventative measure. It can also be advantageous for those who are still fairly