Revival Of Piac And Private Carriers In Pakistan 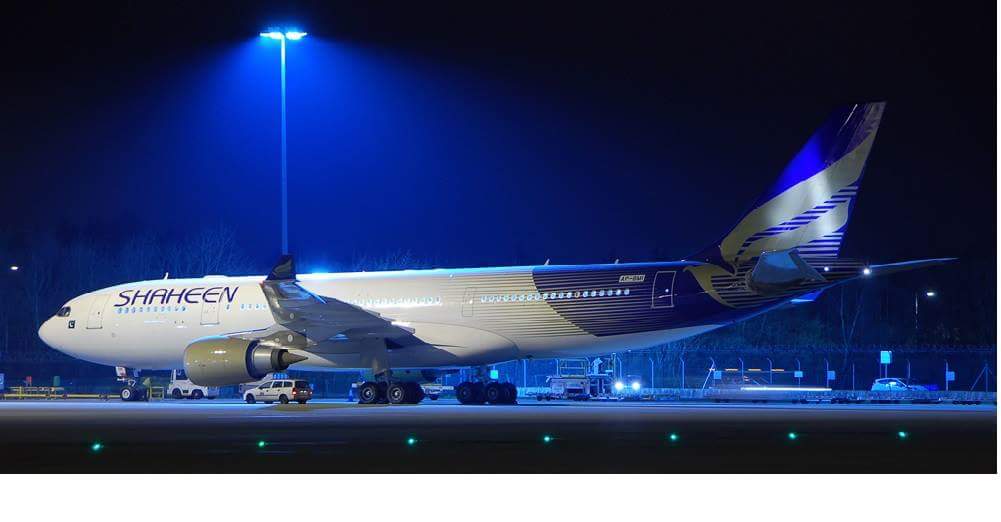 Pakistan International Airlines Corp (PIAC), the national carrier is burdened under heavy debts, nationally as well as internationally. Its several routes have been either suspended or closed down due to its own misgovernance on executive positions and operational mismanagement. But the airline is still surviving with the support of the government otherwise it could have collapsed earlier, as earlier happened to several private airlines of Pakistan and happens in the aviation field around the world. This is spoiling aviation in Pakistan.

As proposed by Dr. Ishrat Hussain, an adviser to Prime Minister on Institutional Reforms and Austerity, published in the newspaper, the same consideration should also be applied to other private carriers including 2nd national carrier of Pakistan ‘Shaheen Air International‘. All private airlines are license holders, but their operations suspended; offices sealed by Civil Aviation Authority (CAA) due to heavy debts outstanding against them, but much less dues over PIAC. Justice demands equal consideration to all, i.e., national carrier and all private airlines of Pakistan.

With a view to support equally as family members, PIAC, the national carrier and private carriers, both belong to Pakistan as one family members. They deserve equal bifurcation into two companies; one as a new core business operating company without any debt, while the other as a non-core company, where all liabilities can be parked for clearance in easy installments.

In Pakistan, there have been several private airlines, such as Aero Asia, Bhoja Air, Al-Rajhi Airline, Shaheen Air International and lastly introduced Air Blue. Currently, the approval of a license to Air Sial is announced, while its operation is yet to start. However, all private airlines, one after another, grounded and closed operation with the only exception of Air Blue, the only survival of private airline of Pakistan. The network of Air Blue, so far, is based on chartered aircraft having a short network. Among all closed private airlines, the network of Shaheen Air Internationals was very big prior its suspending. PIAC, could have also been grounded or privatized earlier as severally proposed but could not materialize because of its unifocal support, being government entity. Time will show the ultimate fate of Air Blue and newly introducing Air Sial in view of closed private airlines.

It is most unfortunate, some countries, even smaller than Pakistan in size & population and still under-progressive, are successfully operating several private airlines, in addition to their national carrier. Unfortunately, Pakistan is left with only national carrier plus one private airline having small network. Both PIAC and remaining private carrier Air Blue together, are unable to cater air-travel need nationally and internationally, for overseas Pakistanis. Other countries are operating more than one private airline in neighborhood as also overseas to other travelling continent.

Suspending licenses of private airlines in Pakistan, is depriving citizens of vast choice of domestic & international travel on competitive fares. This is also contributing to proclamation of monopoly by two remaining carriers i.e. PIAC & ABQ, both not operating to certain destinations where SAI was operating and serving citizens satisfactorily. Closure of private airlines has not only reduced air links for citizens, but also deprived of job opportunities to intellectuals in both technical and non-technical fields of aviation against the policy of PTI government to promote jobs in Pakistan. This has left overseas Pakistanis with no choice but to travel on foreign carriers, diverting foreign exchange earning to other countries at the cost of reserves to Pakistan.

The downfall of PIAC can be attributed to mismanagement, political hiring, undeserved foreign postings, ignorance of professionals, non-utilization of its routes, priorities of some foreign airlines, many financial losses, deteriorating services, irregularities, mishandling of passengers, no-value to customers feedback, misreading of market trend in foreign countries, day-to-day loosing trust of travelling public and under-ground offers of foreign carriers to attract customers. Besides, the placement of widebody and narrow body equipment, keeping in view, baggage incentives and special handing to customers on delayed fiights.

In addition, the network closure of private airlines of Pakistan and reduction of PIAC operation network, enabled vast opportunities to foreign carriers to utilize their routes. This directly affected citizens of Pakistan, reducing air-travel facilitations by home country airlines. Travel methods via sea & train routes already suspended between Pakistan and adjoining countries and beyond, especially to Saudi Arabia for the purpose of Hajj & Umrah, where Muslims dream to travel on affordable fares. Travel facilitations in larger public interest require expansion of air, sea and surface routes on competitive and affordable fares on world standard, as available in other countries around world in GCC, Far-east, Europe and the Americas.

Government is well aware of the strengths of private airlines of Pakistan, such as their network, rights over lucrative routes secured during its golden period and future plans to open new stations to facilitate Pakistani expatriates with choice of Pakistani private airlines to travel, instead of falling victims of monopolies of foreign carriers without feeling at home on travelling. There always comes a language barrier, if travelling by foreign carriers. Except educated class, majority of uneducated class of overseas Pakistanis encounter language problems besides in completion of check-in formalities and in-flight services with strangers than home airlines. CAA should allow foreign airlines and their private carriers, the rights of landing and overflying over Pakistan air space bilaterally, but certainly not, at the cost of private airlines of Pakistan.

The proposal of the adviser to PM can be considered equally for both PIAC & all private carriers, based on their financial wisdom in national interest. Necessary undertakings from private airlines under debts, can be sought for clearing liabilities in easy installments after resuming operations. This should be prioritized, equally as PIAC is privileged but still unable to cater the need of national as well as international travel by overseas Pakistanis, who wish to spend each minute of their vacation after years. The answer to the problems of private airlines especially SAI, has to be found from a deeper study of their CAA debt and relevant dues to find resolution. The difficult one is to sincerely consider relevant problems, standing at their network of foreign stations.

Issues are further compounded by years of mis-governance, placing junior unprofessional staff on key positions at the cost of honest, senior, experienced and hard-working professionals. If incumbent government appears to be in a flux to privatize PIAC, what about private airlines, already inoperative due to debts of CAA and relevant authorities. Therefore, idea of privatizing PIAC cannot prove to be fruitful in view of several private airlines stand grounded. Successful operations need check & balance instead of discarding forever.

Private carriers across the world, by all accounts, are alone business enterprises, exposed to global and domestic market dynamics of competition, service and profitability, besides vast air travel facilitation to public. If there is an iota of chance for private airlines to a comeback, then the government having many resources, has to support airlines financially to raise their golden market, as before to compete on domestic and international trend, in national interest.

PIAC once upon in its golden era established several foreign carriers with its men & machine and now all those foreign carriers are much ahead leaving PIAC behind. Similarly, all reasons of downfall of private airlines cannot be attributed to themselves exclusively. They too, touched their golden eras but collapsed, not only because of their own mistakes but also due inattentive supervision and lack of cooperation by certain quarters of CAA.

There always there lies a room for improvement in all fields and it is never too late. With support of government, PIAC and all private airlines of Pakistan including SAI, can be revived. Expression of opinion is in national interest without prejudice to any airline, quarter & person, living or dead.