Russell Westbrook Honoured in His Return to OKC 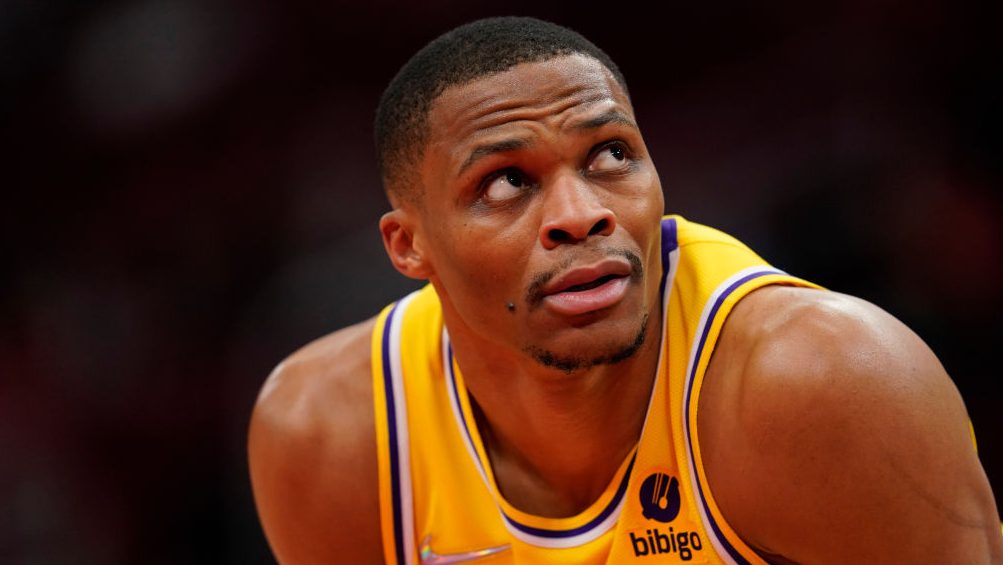 Russell Westbrook, former All-Star point guard for the Oklahoma City Thunder, made a return to his former team’s stadium recently. He was welcomed by the fans with cheers and applause, and a tribute video – something he’s not used to.

‘MVP! MVP! MVP!’, yelled the fans after Westbrook ran from his team’s side of the sideline to the opposite, gestured toward the crowd, and then held a finger up in the air as he was surrounded by his Houston teammates. ‘Man, some things you can’t put into words, just because I’ve been here so long, so many great memories, great people’, he said.

‘Obviously, the best fans in the world, because they come with it, and tonight they came with it. The organization, Sam Presti, Mr Clay Bennett, they do an amazing job of just making you feel home. And I felt like I was home’. The Rockets lost that game but that didn’t affect the MVP chants.

The cheers from the crowd began long before the tribute video started playing. It featured Westbrook’s highlights: fiery, on-court celebrations; clips of his community involvement; memorable Instagram posts; and famous quotes from his remarkable run as the Thunder’s point guard.

He also followed his usual routine as he stepped onto the floor for the opening tip. ‘That was dope. Obviously, we got smacked, but it was a dope environment’, said Rockets’ star James Harden who played his first three seasons with the Thunder before being traded. ‘Oklahoma City, as usual, showed mad love to Russell and everything he’s done for those 11 years he was here. Obviously, an unbelievable fan base, and it was just a beautiful thing to see’.

Westbrook walked into the arena, for the first time, as a visitor. He wore a black shirt from his clothing line that read ‘ZERO REGRETS’ across the chest. On the back were a few statistics from his time playing with OKC. With the Thunder, he played of 11 seasons, 821 games, 28,330 minutes, scored 18,859 points, had 6,897 assists, 5,760 rebounds, 138 triple-doubles, eight All-Star appearances, one MVP and ‘0 REGRETS’ circled at the bottom.

‘I don’t regret one thing being here in Oklahoma City’, said Westbrook. He had a game-high 34 points, shot 14 for 26 from the field, but still lost. ‘I don’t regret signing back. I don’t regret staying here. I don’t regret anything that I did here. I feel like I left everything out on the floor every single night and did what I could for the city’.

‘The energy was amazing — our first nationally televised game and Russ being back’, said Chris Paul, the Thunder’s new All-Star point guard. ‘The crowd is always great, but we knew it was going to be a different energy tonight with Russ’ first game back here. You have to get excited’.