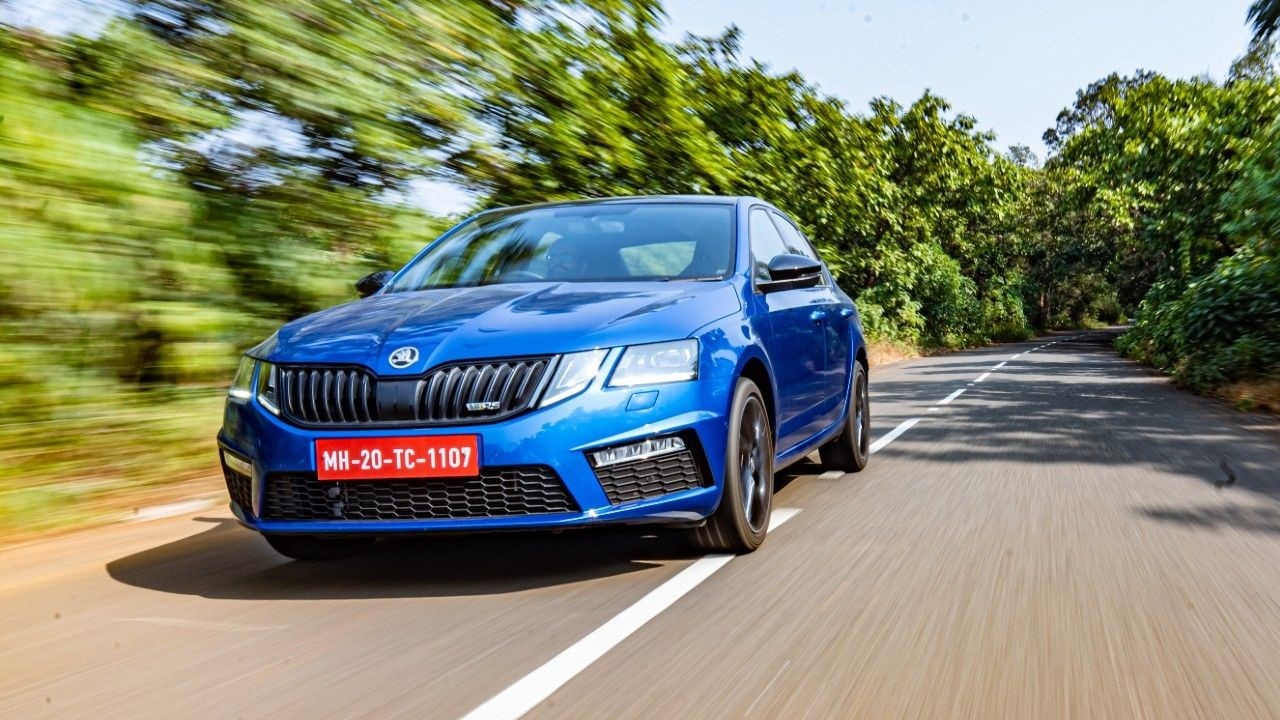 Remember the first time this generation of Skoda Octavia RS – dubbed the Octavia RS 230 – was introduced all the way back in 2017? It was a cracker of a package since the car was a fairly new unit; it packed a sweet turbo engine under the hood and was nothing short of impressive to drive. Moreover, it had a multi-faceted character as the car also excelled on practicality. Lastly, and yes, most importantly, it was priced very well too.

However, the Skoda Octavia RS was a limited-run model, and the few models allotted for the Indian market sold even faster than hotcakes. We also had a chance to drive it for a full review and afterwards for our anniversary test at the Buddh International Circuit. It, of course, won our hearts and went out to be our one of the ‘Best of 2017’.

The standard Skoda Octavia, too, remained our choice of wheels in this segment as long as it were on sale in the Indian market. It was, sadly, discontinued earlier this year before the BS-VI emission norms came into force making way for a newer model, which is now slated to enter the Indian market sometime in 2021.

In the meantime, Skoda cars brought the international version of the Octavia RS in the Indian market in very few numbers. This time, however, the Czech-based automaker brought an even spicier version of the car, dubbed as the Octavia RS 245, with a little more goodness to it but at a cost of Rs 35.99 lakh, meaning it is considerably more expensive than the older RS 230.

There was news amidst the lockdown period that the Skoda Octavia RS 245 were sold out. However, a few units seem to be left out because of cancellation and are valid until stocks last. So, should you pick one up? Let’s try to answer that.

You see, the Skoda Octavia RS 245 is still based on the last-generation model of the Octavia, which was discontinued earlier this year in lieu of the next-generation model – which, by the way, has already made its global debut – arriving next year. So, it carries forward the same stance and dimensions as the older car.

Make no mistake, however, as it is still one of the hottest cars on the planet. In this new avatar, the hot sedan gets larger rims and alloy wheels, which are now 18-inchers as opposed to the 17-inchers from the RS 230. Moreover, it also appears to be a bit higher but Skoda says the ground clearance remains the same as the RS 230.

On the inside, the car now gets a fully-digital instrument cluster, with various customisable screens, along with a new ‘vRS mode’ button, which is a shortcut button for the various drive modes. The rest of the interior, however, remains unchanged and the sedan still features part-Alcantara sports seats, flat-bottomed steering and faux carbon-fibre trims. Quality levels are very high and the Skoda sedan remains to be quite a practical car with ample leg space in the back and a good enough cargo area.

Powering the Skoda Octavia RS 245 is the same 2.0-litre turbocharged petrol engine as the RS 230, which is now tuned to make 241bhp and 370Nm of torque. As opposed to the older RS, the RS 245 makes 15bhp and 20Nm more than before. The maker says that the increased output figures give the car advantage of a two-tenths of a second in sprinting from a standstill to 100km/h.

Also new to the RS 245 is a relatively newer DQ381 7-speed DSG unit, replacing the old DQ250 6-speed DSG from its predecessor. As we found out in our tests, the 7-speed DSG unit is noticeably smoother than the older unit, and the extra cog certainly makes a difference at higher speeds.

As for the car itself, you’ll barely notice any performance improvement in day-to-day driving, or in flat out acceleration tests. The car now also gets limited-slip differential, which means there’s better traction at the front wheels as compared to the older model. However, there’s still a fair bit of torque steer at the front.

So, should you get one, provided the stocks last? Well, you see, the answer is a bit of a mixed bag, since the RS 245 is priced extremely closer to the 3 Series 330i Sport variant and Skoda’s own Superb, which is also a hoot to drive and offers better value for money. So, while the Octavia RS 245 doesn’t offer affordable performance anymore, it still remains to be a hoot to drive. Also, grab the latest info on the upcoming cars, only at autoX.