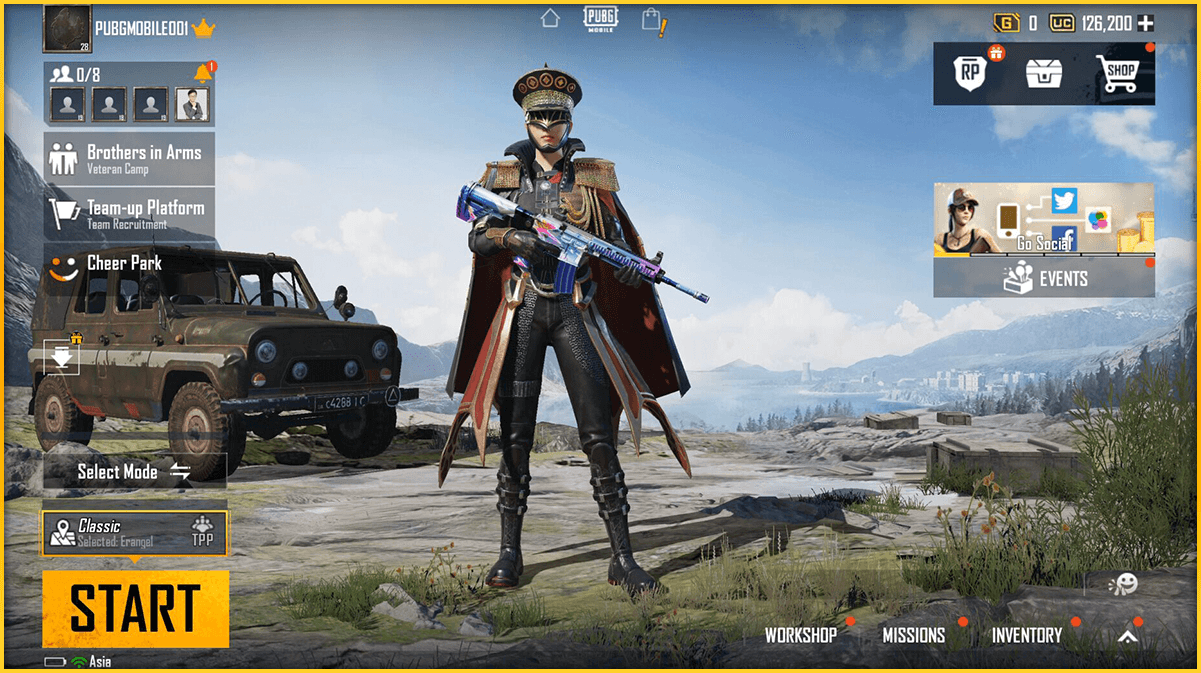 Who doesn’t like a matching gun skin with their character outfits right? Since the dawn of time, people fuss with how they look and dress, so naturally, games would offer customization options to appease their players. There are even cases where games exist simply because people enjoy decorating their characters.

Now, if you want to look fly in the game, make sure to get some PUBG Mobile UC, cause they help with in-game purchases!

So do note that weapon skins don’t really do anything in PUBG Mobile, they’re just there for self-satisfaction and to sustain the game’s development. This list will be looking at the current skins available in the game as of Season 19, 2021. With that said, let’s get into some of the best PUBG Mobile weapon skins you could get in the game.

Astrology is all the rage these days, and you can’t blame any astrology fan for wanting the Palm Reader skin right? It looks all mysterious and cool with its purple-colored body and mystical gold carvings of the stars and constellations.

Heck, it looks like something straight out of a fantasy RPG game wielded by a badass female character who could snipe you down in one shot. With it being used on the AWM, that fantasy might just be a reality.

If you’re looking for a more cutesy but techy-looking skin, the 8-bit Unicorn is here for you. Perhaps if you’re a fan of pixel art and legos, this one is a good pick. This skin slowly transforms your weapon into a pixelated gun, and its final form is a fully pixelated weapon that looks like it came straight out of Terraria (if they had guns).

It’s also colorful, so you don’t get stuck with just black. It has ‘unicorn’ in its name after all, of course, it’s going to be a rainbow splash of colors in the end.

A weird-looking golden chicken with the barrel of a gun sticking out of its mouth looks like a weird, fun object to wield in a fight. I want it, and so do a million other people apparently. It is one of the most sought-after skins in the game due to its rarity and outright weirdness. Now cock your gun and get ready for battle!

Can’t blame players for wanting it, honestly. Imagine killing someone with a weapon that looks like something a clown would pull out of his hat. Priceless!

The Glacier skin has always been a highly sought-after skin because it simply looks cool (ha, see what we did there). It really ices out your drip, doesn’t it? Alright, enough with the puns. The Glacier skin transforms your weapon to look like it is encased in ice, as though one touch could freeze you.

Paired with the M416 which is a fan favorite weapon, most people want this skin in their set. It even emits blue sparks when you shoot. A cool skin for a hot weapon.

This is one of those elegant weapons you get to see in fantasy movies, wielded by royalty. It would just bring out the poshest in you honestly. An ivory weapon with gold detailing just sends shivers down my spine that scream, “RICH!” So this one is for the players looking for an elegant, rich-looking skin. The Moonlit Grace is made for you.

It even sounds rich, and comes with a kill effect and kill message. What are you waiting for? Let people know you killed someone in the poshest way today!

We’re all here to have fun, and what’s more fun than a skin that transforms your weapon into something nonsensical? It doesn’t blast water, but the Water Blaster skin looks like one of those big toy water guns that people would run around with as kids. This skin is sure to make you one of the cool kids in-game.

Just the idea of shooting someone with this seems funny to me. Imagine someone getting confused by how your gun looks, only to get sprayed with bullets. The best part, this is not even its final form yet!

You could probably tell from the name of the skin itself, Insect Queen features a pink praying mantis looking insect with a barrel sticking out of its head (just like the chicken skin). Also, that tail end that curves inward looks pretty cool, not gonna lie. This skin is the perfect fit for those with a soft goth aesthetic to run around with. It’s a pretty cute skin that looks hardcore, especially when used on the Mini14.

The Mini14 is a lightweight DMR used in short-range combat and is already considered a sleek gun on its own, so adding this skin just adds to its overall appeal.

From one of the current events ongoing in Season 19, the Godzilla skin is reminiscent of Godzilla itself – badass. The body takes on the texture of Godzilla’s scales and it glows blue like the lava cracks that the monster emerges from. The blue lava has a ripple effect along the gun, which makes it seem like the gun is alive and the lava is its blood.

Further effects can be obtained once you level it up, like a firearm ornament and elimination broadcast/kill message, so why not right?

One of the most badass weapon skins out there, Blood & Bones covers your weapon with bones as you level it up. It may not look like much now, but when the skin is leveled up, you get a gun that looks like it is entirely made out of the blood and bones of your enemies. Honestly, it kind of reminds us of the meaty titans from Attack on Titan (scroll away, non-anime fans).

Plus, the skin comes with a kill effect and kill message which is pretty cool. The kill effect has bones coming out off the ground when you eliminate your enemies, which is metal as heck!

This one is just outright cute. The Ghillie Dragon skin resembles well, a small green dragon. When fully upgraded, the skin transforms into a full-on dragon that is reminiscent of the dragon dance costumes used in Chinese New Year celebrations (just Google it if you don’t know what I mean). The skin’s final form is entirely decked out in yellowish gold detailing with red and white stripes which look hella cool.

Can’t really make a weapon skins list without including The Fool skin, now can we? The Fool is inspired by The Joker, painted entirely purplish-pink with a taunting mouth on the side that can move with a tongue sticking out of it when fully leveled up.

It also comes with a kill effect and kill message when you kill someone on the field. This skin matches with most outfit skins you’re wearing and is overall aesthetically pleasing to the eyes.

That’s all we have for today folks! Hopefully, we’ve given you a set of options on which skin to choose for your weapons. These are all cool options and are some of the most bought ones in the store. Do let us know which skin you ended up going with and why, in the comments below!