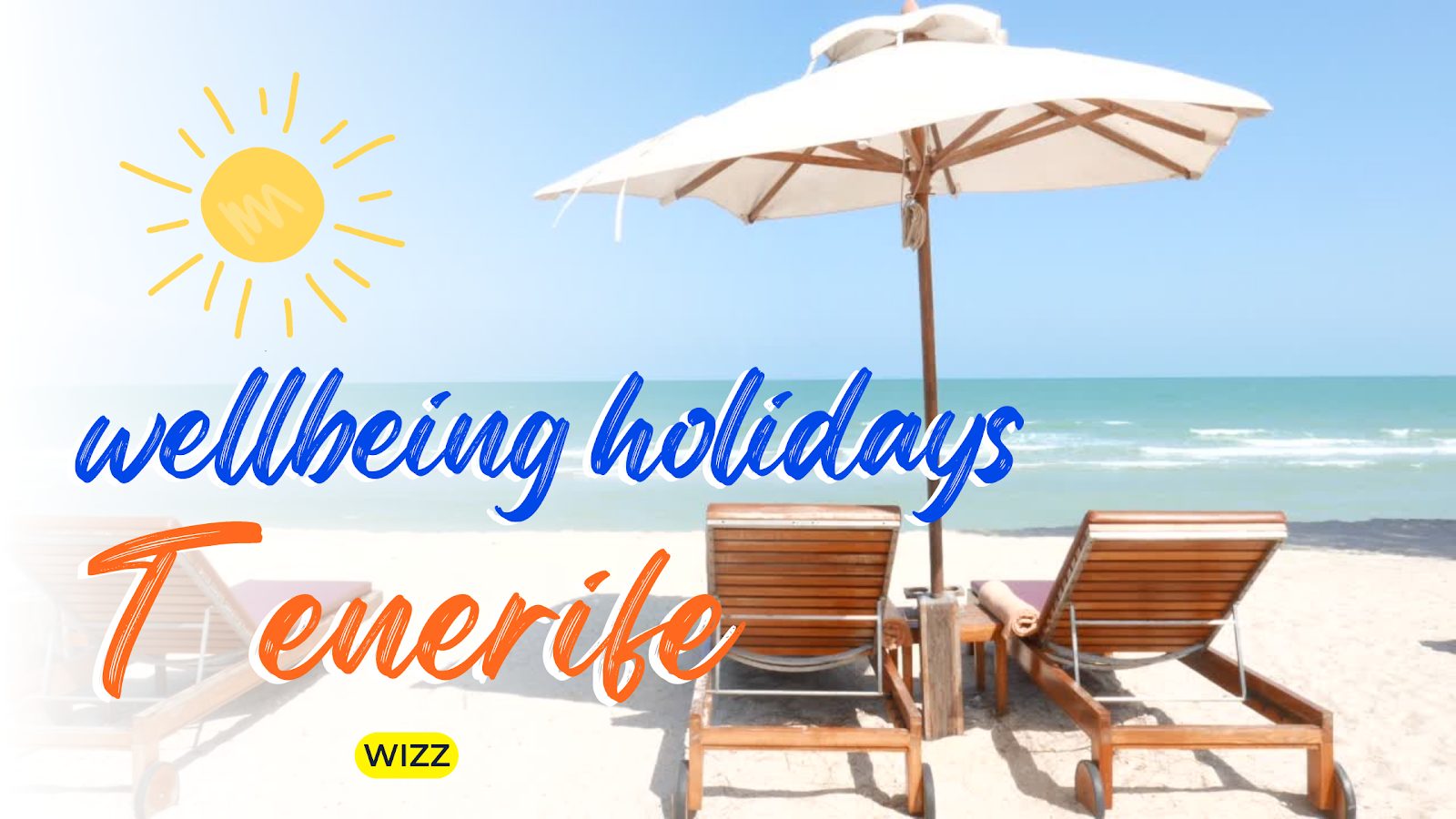 Once known as a party hotspot, recently Tenerife has had a change of character and a total rebrand as it has embraced a more mindful way of life. While still an incredibly popular destination for Brits, with over 620,000 visiting last year, Brits are now relaxing and recharging in entirely different ways than they may have done ten years ago. So, what makes Tenerife such a diverse wellness attraction and how has the largest island in the Canaries redefined the meaning of wellbeing holidays? Wizz Air reveals how Tenerife is an island that offers something for everyone. As summer is coming to an end and the weather is starting to change and get colder, it is unsurprising that Brits are seeking a sunny escape from the chillier weather.

Tenerife is a particularly attractive option as the sub-tropical climate, which rarely falls below 20°C all year round, promises a well-needed vitamin D dose. Tenerife also offers inexpensive holiday days, with affordable flights to Tenerife that can be found throughout the year, which makes the island much more accessible for many Brits. So, despite the cost of living crisis forcing Brits to tighten their budgets, the island itself is still incredibly accessible.

Wellbeing holidays notoriously have the reputation of being a very specific idea of relaxation. Normally paired with images of people doing yoga and meditation, wellbeing holidays can seem both inaccessible and, frankly, boring to many holidaymakers who want to properly recharge on their holidays. However, the reality is the complete opposite, as the beauty of a holiday with wellbeing at its core, is it can be tailored to the individual. So, if the idea of a stereotypical wellbeing holiday fills you with dread, then fear not, as Tenerife offers much more to help you rest and recharge.

Tenerife is known for providing adventure and adrenaline-fuelled sports across the island, to suit those seeking thrill over silence. From water sports, such as kayaking, scuba diving and paragliding, to hiking up El Teide, the highest peak in Spain, those who relax best while being part of an adventure will thrive in Tenerife.

Tenerife boasts five Michelin-starred restaurants alongside a huge variety of cuisines, so there’s an eatery guaranteed to suit everyone. If the way to your heart is through your stomach, then Tenerife is undoubtedly one of the best islands to visit. From quintessentially Spanish and Canarian dishes to authentic Japanese restaurants, recharge with hearty meals you can’t get back home and treat yourself to wine produced in one of the many vineyards of Tenerife.

The quintessential way to have a true holiday centred around wellness, retreats are popular in Tenerife, with Google searches for “Tenerife wellness” seeing an enormous 9900% uplift in the last month. Whether the retreat is centred around yoga, meditation or fitness, the goal of a wellness retreat is to return a more improved and relaxed version of yourself. A typical holiday encourages you to experience as much as possible in the amount of time you are away, which is the exact opposite of a retreat. Instead, retreats encourage you to shift your focus inward to help calm your senses and clear your mind.

Retreats usually include some aspect of detox, whether it’s from alcohol, certain foods, or even social media, which can leave you feeling mentally and physically healthier than before.

With its dramatic volcanic landscape, black volcanic sandy beaches and 140 trees that are endemic to Tenerife, the island is a haven for those who love to spend time outside. Alongside a stunning backdrop, Tenerife is home to countless native species of animals including over 400 species of fish, 13 land mammals and species of sea turtles.

According to the Canary Islands Biodiversity Data Bank, there are 32 species of marine mammals across the Islands, including bottlenose dolphins and sperm whales, making Tenerife one of the world’s top destinations for whale and dolphin spotting. In fact, you have around a 90% chance of spotting dolphins on most boat tours as they are extremely common in the waters around the islands. You can spot these majestic mammals all year round, however, the best seasons to go are winter and spring as this is the time of year when you could see rarer species such as humpback whales.

If you love nothing more than spending hours birdwatching, then Tenerife is the perfect place to go. Tenerife is a year-round birding destination and is home to over 70 species of breeding birds, some of which are endemic to this island. Tick off the Tenerife Blue Tit, Woodpeckers, and the Atlantic Canary.