What Made Samsung a Leader In The Smartphone Industry? 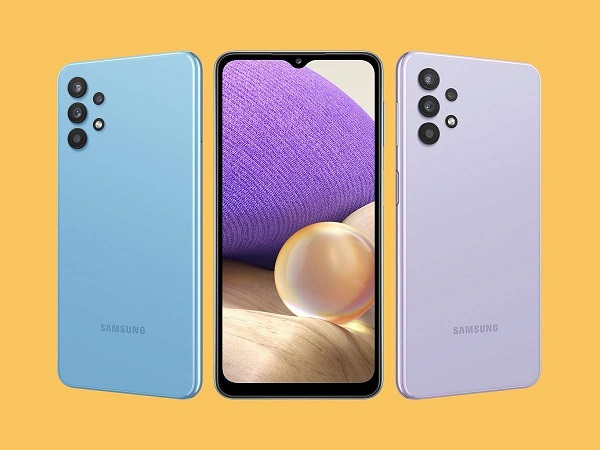 The smartphone industry is ultra-competitive and it is about ‘survival of the fittest. Many industry giants like Nokia have become insignificant and low-cost Chinese players like Xiaomi and Vivo have grown from scratch to take on big space. But one name that has been a constant in this ever-changing landscape is Samsung.

Samsung saw the most smartphone shipments globally during the first quarter of 2021 and is currently the global market leader with a 23% share competing neck-to-neck with Apple which holds 17%. For this time period, the shipments were up by 24 percent year-on-year representing the highest growth since 2015. This could largely be due to the increase in remote working and online education that helped boost smartphone sales. The increase in sales can also be attributed to the new affordable Galaxy A-series 4G and 5G phones, and the earlier launched Samsung Galaxy S21 series

Below are the reasons which have helped Samsung reach No.1 position globally in one of the toughest industries:

Starting in 1993, Samsung adopted an aggressive branding and advertising strategy. Samsung’s branding philosophy is built on ﬁve main pillars: innovation, cutting-edge technology, world-class designs, recruiting the world’s best talent, and internal branding. With a strong brand philosophy, Samsung has ensured that all smartphones released are aligned to its overarching brand strategy and never diluted the unfailing brand promise even in the budget phones under 15000.

The Galaxy note was one of the path-breaking trends in the mobile world and brought in an era of large-screen phones which could double up as mini-entertainment units. And today, the enthralling display of Samsung phones under 15000 continues to captivate mobile users across the globe. Even phones in the budget segment come with superior displays and resolutions in comparison to their peers.

For instance, the Samsung Galaxy M11 is one of the best phones under 15000 and comes with a 6.4-inch Infinity-O display (1560 x 720 Pixels resolution) and Dolby Atmos sound which can make your viewing experience truly delightful. While the 5000 mah battery with 15 W fast-charging will keep you powered through the marathon movie sessions.

While most smartphone players are competing on specs and price, Samsung is in a league of its own. Customer-centric innovation is at the core of its DNA and this is one of the reasons why Samsung is able to pioneer industry trends and serve as a disruptor in the fast-evolving mobile landscape. Backed by innovation and cutting-edge technology, the latest, trendiest, and coolest designs have uniquely positioned Samsung phones in the consumers’ minds. With cut-throat competition, the visual treat of Samsung’s products has been a marked differentiator from its rivals.

Samsung is aware of price-sensitive markets like India and is targeting the Gen Z and millennial group with mid-range phones in the A and M series. The logic is simple- get them to like products in this range which may cause them to buy flagship phones in the future. Samsung F12 is a newly launched phone in 2021 in the under 15000 segments and comes with powerful features like 6.5-inch HD+ Infinity-V Display with 90Hz Screen refresh rate, 4 GB RAM, powerful 6000mAh long-lasting battery with 15W Adaptive Fast Charging, 48 MP quad rear camera, and 8 MP front camera

Samsung has used all possible communication channels to convey its brand’s positioning and value proposition. Mass media advertising, public relations, event sponsorship, sports sponsorships, product placements, lucrative online schemes, and partnerships have been its major brand communication channels. In fact, Samsung revamped its entire affordable smartphone category with premium brand imaging which made Samsung Galaxy A10 and A50 the top ten selling smartphones in the world. The Samsung Galaxy A12 is one of the best 5000 mah mobiles in the under 15000 price segment and gets all the basics right for a high-performing smartphone. A 4 GB RAM, 64 GB ROM expandable up to 1 TB, Mediatek Helio P35 Processor, 48MP rear camera, 8MP front Camera, and an expansive 6.5 inch HD + display are its salient features.

Today Samsung is faced with tremendous competition in the smartphone market because of Chinese players like Xiaomi, Vivo, Oppo, and Apple in the premium phone segment. In a market heavily dominated by Chinese players, the South Korean company is able to win customer confidence and retain brand perception amidst the growing anti-China sentiment.  Besides this, its fragmented approach has ensured multiple models and device variants across various price segments. On average, it launches as many as twenty different models in a given year to accommodate regional preferences and provide coverage across the price spectrum.

Also Read: what is the main function of a technology transfer office with respect to collaborative research?

As one of India’s most favorite smartphone brands, there is so much to gain and nothing to lose when you choose a Samsung phone. Bajaj Finserv offers 100% financing on Samsung phones. Simply select your next phone on the online EMI store or at a partner retail store and use your EMI network card or opt for in-store financing to purchase your phone on no-cost EMI’s repayable over a maximum tenor of 24 months. To get started, check your pre-approved loan now.

More from MobileMore posts in Mobile »