Where is hot in October 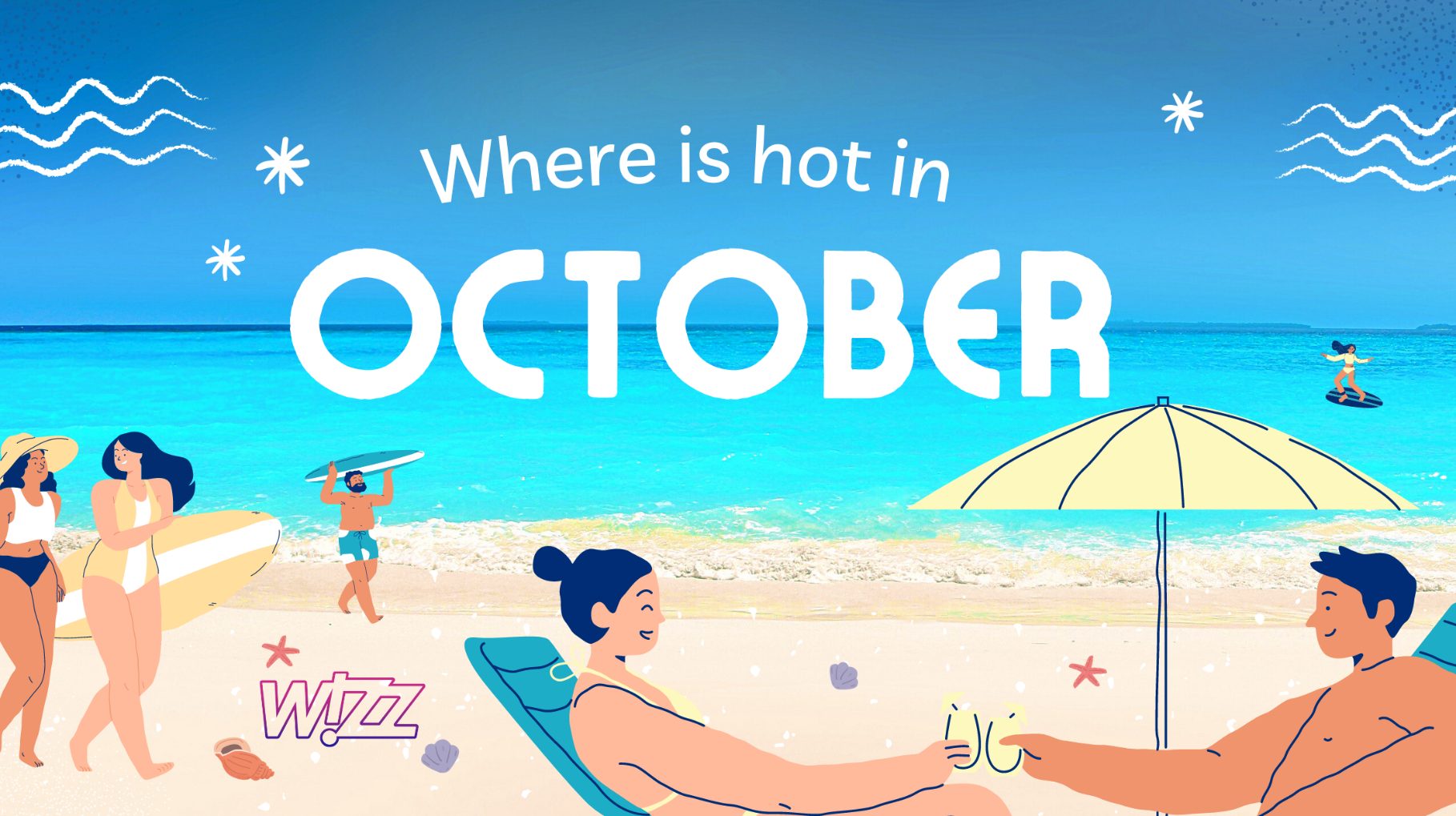 Although summer has only recently ended, with the kids back to school and the Autumn chill in the air many of us are already longing for our next getaway. With Google searches for “hot places in October” seeing an enormous 9900% uplift in the last week alone, Wizz Air reveals the European destinations that are both warm and inexpensive in October.

Located in the Mediterranean Sea and therefore boasting a hot climate, Cyprus remains warm and sunny in October, with the daily maximum temperature rising to as much as 28°C! As this is out of the summer season, many hotel rates begin to drop, making Cyprus both a warm and cheaper destination.

If sightseeing and visiting historic and cultural sites sound like your kind of holiday, then Cyprus in October will indulge you. Take a voyage on the Aphrodite Nature Trail and make stops at Aphrodite’s Rock and the ruins of the temple dedicated to Aphrodite herself, without the typical hustle and bustle of large crowds that you would find in the peak of summer. October is also perfect for exploring Cyprus as the weather is comfortably warm yet not too hot, meaning you can move around comfortably and easily.

The largest and hottest of the Canary Islands, Tenerife boasts a year-round subtropical climate that rarely falls under 20°C, even in the peak winter season. In fact, there is a 63% chance of the perfect sunny day, with the average daily temperature of 25°C and sea temperatures reaching a lovely 24°C.

Not only is Tenerife the warmest of the Canaries, but it is also the best value for money as affordable flights to Tenerife are readily available. Tenerife also boasts one of the highest quality hospitality industries, which means the island is an excellent destination for every type of traveler. Whether your ideal holiday is spent lazing on the volcanic black-sand beaches, snorkeling or scuba diving, or simply indulging in one of the many eateries, Tenerife is the perfect destination for Autumnal sun.

October is one of the best times of year to visit Rome, as the temperature is warm and pleasant which is just right for the copious amounts of sightseeing outside that you will inevitably do. While still classed as high season, Rome in October is significantly less crowded than it would be in July/August, meaning you won’t have to worry about long queues to visit the most popular attractions.

With plenty of sites that are free or inexpensive to enter, Rome is a great destination to visit if you are on a budget as you don’t need to spend a lot of money to have a great holiday. Not only can you visit key sites such as Trevi Fountain and Villa Borghese, a heart-shaped former vineyard, completely for free, but flights to Rome are much cheaper in October.

With an average temperature of 19°C, and 10 hours of sunshine each day, the Hungarian capital is the perfect destination for an autumn city break. The average cost of a weekend away in Budapest is also incredibly low, coming in at an average of £60 per person for a weekend, and with flights to Budapest being inexpensive, the city dubbed “the Paris of the East” is well worth visiting.

Even if the weather in Budapest takes a turn (Mother Nature is unpredictable, after all) then consider warming up and taking a dip in one of the numerous Thermal Baths. Hungary is famous for its spa culture and its thermal water. With an average temperature of around 75°C, Budapest’s thermal water is high in calcium, magnesium, and hydrogen carbonate which helps ease joint pain and improve circulation.