Who Is Russell Brunson Of Click Funnels, And What Does He Do? 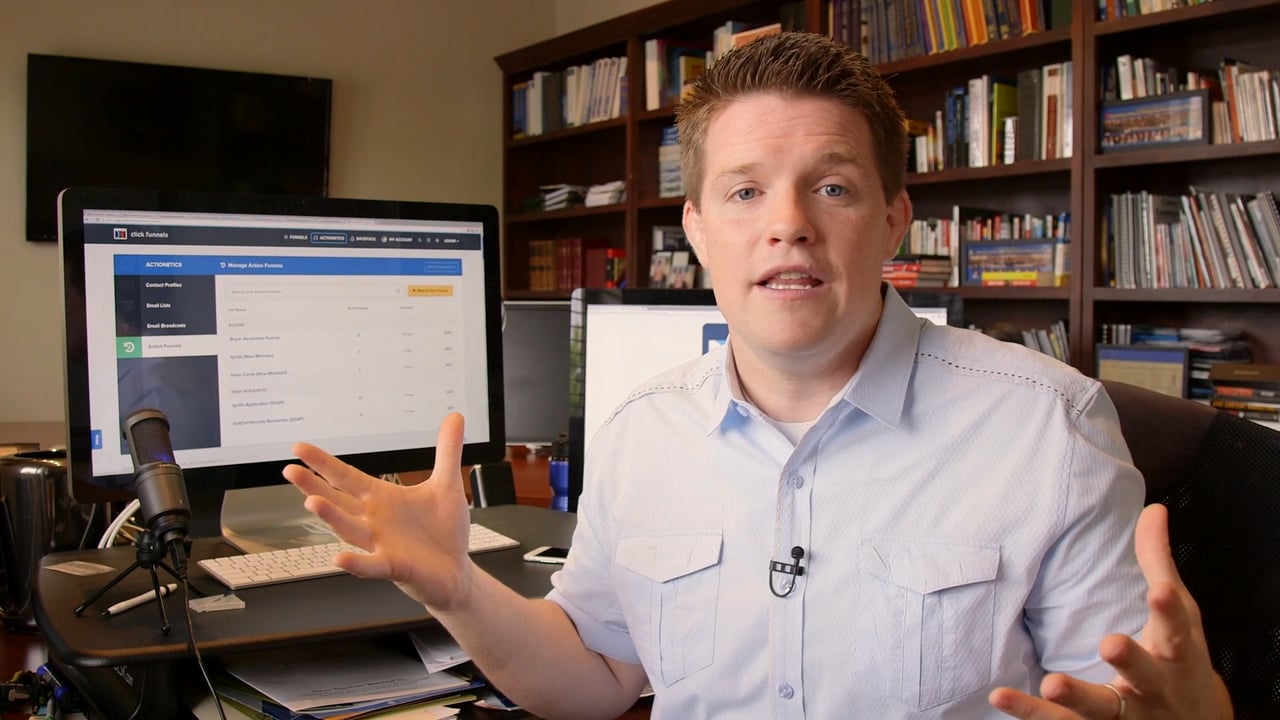 Russell Brunson is an internet entrepreneur, digital marketer, Co-Founder, and CEO of ClickFunnels, Inc. Currently 40 years old, Bruson is considered to be one of the most influential digital marketers having a net worth of 40 million USD.

His software company, ClickFunnels, has significantly changed the way companies conduct business online. It has enabled business owners to improve their e-commerce side, preparing them to absorb the growing changes and tackle the rising challenges. The success of the ClickFunnels venture is also a major shareholder of Bruson’s rising name and wealth.

Russell Brunson has been gathering junk mail ever since he was 12 years old. He watched TV and listened to the radio, only to see the commercials as marketing and sales were his real entertainment. Irrespective of his age, Brunson opted into every business prospect offer he could encounter, just to learn the art and science of immediate response.

Russell was a state champion wrestler in high school and then became an All-American in his senior year, taking 2nd place in the nation at the high school nationals. He persisted in wrestling in university, gaining valuable lessons about competition, hard work, and the art of succeeding, which led him to graduate as one of the top ten wrestlers across the nation.

How Russell Built his Net Worth?

Russell is a self-made millionaire and has gathered his substantial net worth by forming venture after venture. After a couple of entrepreneurial experiments in college, Brunson discovered the way to employ digital marketing to reach customers and sell products with tremendous success. And since then, he has been thriving towards success.

His largest success to date has been his company, the ClickFunnels, which he built with a fellow entrepreneur, Todd Dickerson.

ClickFunnels has created multiple millionaires to date. In fact, the company is a major contributing factor to Brunson’s net worth.

In addition to being a flourishing entrepreneur, Russell is also a successful writer. Brunson has authored nearly four books, namely:

In addition to writing books, Brunson also has a podcast titled Marketing Secrets, which is currently one of the top-rated business podcasts.

Besides being passionate about business, Russell is extremely devoted to his family. He spends a lot of his time with his better half and children doing regular family activities.

Apart from that, Russell is also passionate about charity. He believes in giving back to society, evident with the ClickFunnels mission to extend to nonprofit organizations like Village Impact. Every new funnel inside the ClickFunnels community equals $1.00 donated to building schools in Africa.

ClickFunnels likewise produced a documentary and sales funnel for Operation Underground Railroad, a nonprofit that retrieves children from sex trafficking occurring across the globe.

Over the past decades, Russell built a strong community of over a million entrepreneurs. Building a company right from scratches to selling over half a million books, Russell is a TRUE entrepreneur who created a concrete business online by assisting others. If you need a landing page with click funnels tracking then King Kong’s landing pages are helpful.