Why the Commodore 64 Will Go Down in Computing History 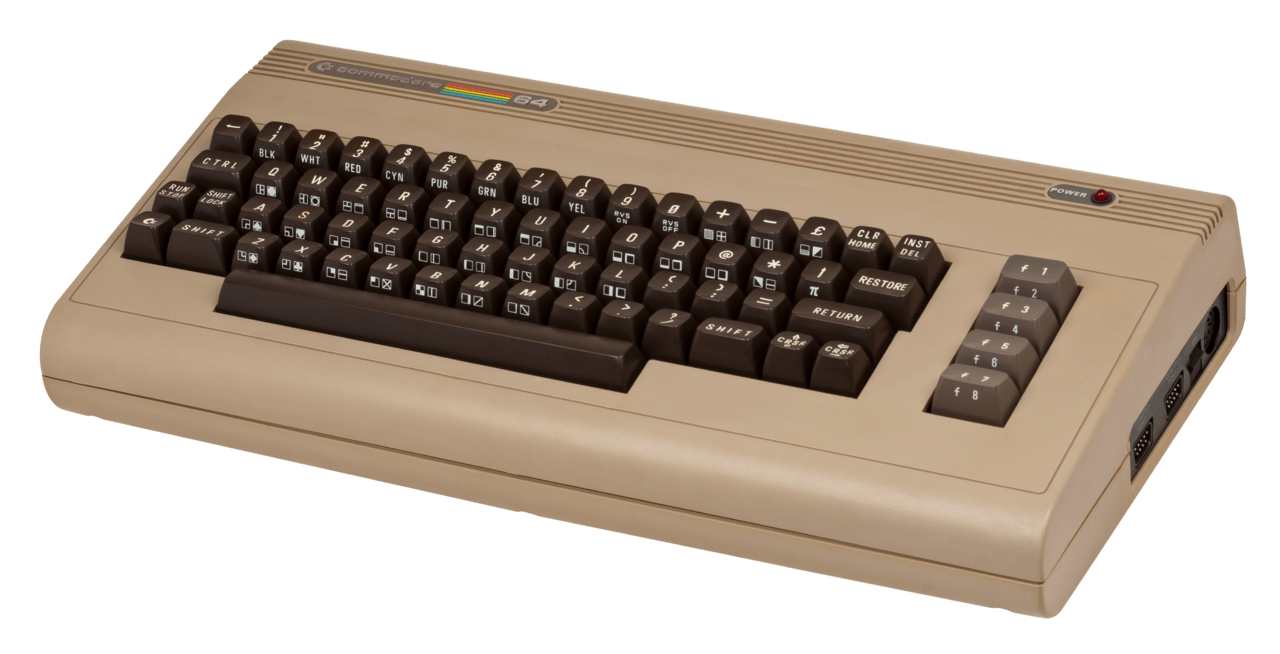 If you weren’t around during the early days of personal computers, you might not be familiar with the Commodore 64. Did you know that it enjoyed an unprecedented reign as the king of home computer sales? How did Commodore outduel its competitors, including Apple? Let’s look at the various ways that the Commodore 64 digitally wrote its place in computer history.

It Outsold Everything Else

The desire for a home computer was so great at one time that Americans snatched them off store shelves at the rate of half a million units per month. It’s difficult to imagine this, but the Commodore 64 still holds the sales record for a single model of computer.

The estimated number of units sold is somewhere around 30 million. That fact alone puts the Commodore 64 in the computer hall of fame.

It Had an Aggressive Pricing Strategy

The machine debuted with a price just under $600 in late 1982. That price was a discount compared to what comparable computers were asking. However, as the popularity of the machine increased, the price of the Commodore 64 went down. That’s a rare feat in merchandising. It settled at $190, making a first-rate home computer financially within reach of families outside of the middle class.

The pricing strategy worked wonders. The Commodore 64 costs around $130 to build so there wasn’t a huge markup. Commodore kept a tight rein on costs. Using In-house fabrication helped keep parts affordable. Another significant factor was that in 1976 Commodore had purchased an integrated circuit manufacturer, Mos Technology. Reportedly, the company was able eventually to lower the overall manufacturing cost of its computer to an astonishing $25.

Additionally, the company offered a $100 rebate on the purchase of a new machine if you brought in your old computer or game console. Offering the public an affordable home computer meant that within two years, Commodore 64 sales accounted for roughly 30% of the market.

The price of the Commodore 64 was too low for many of its competitors of that time. Without the vertical integration of Commodore, those other companies could not produce a comparable computer at a competitive price. Companies without sufficient infrastructure soon found themselves on the sidelines and then altogether out of the game.

It Showed Up Where the People Shopped

In the early 80s, if you saw a computer in the store, it was probably a Commodore 64. The company decided to sell its computer in a way similar to how television manufacturers sold their TVs.

It had been decades since Americans had to find a specialized television shop if they wanted to purchase a TV. They simply browsed for one in a department store. Likewise, they could now pick up a new Commodore 64 in the same store where they chose their washer and dryer. The design of the Commodore 64 made department store sales possible. The unit connected easily to any standard television.

Placing the Commodore 64 in such a familiar setting removed some of the intimidation surrounding the idea of buying a computer. Today, it’s no big deal to grab a new laptop at Walmart. The Commodore 64 paved the way.

It had a True Survivor at the Helm

We’ve all heard the stories of a young Bill Gates spending every available moment teaching himself in a school computer lab. We’ve also heard the myth of Steve Jobs and Steve Wozniak creating Apple in a garage. Those stories are inspiring, but they still take a back seat to the history of Jack Tramiel the president of Commodore.

The Polish-born Tramiel was three months away from his 11th birthday when the Nazis invaded his homeland in 1939. The Nazis rounded up Tramiel and his family and confined them off to the notorious Auschwitz concentration camp. He and his father were later sentenced to a labor camp. His father didn’t survive.

Concerning his own incarceration, Tramiel said he was subjected to Nazi medical experiments. Later in life, Tramiel was able to honor his father and others who fell at the hands of the Nazia by becoming a co-founder of Washington D.C.’s United States National Holocaust Museum.

It Made Gaming a Better Experience

Commodore marketed its product as a computer that also played video games. That move was a bid to convince computer enthusiasts who were also early gamers that there was no need to purchase both a computer and a gaming console. The Commodore 64 could do the job of both.

It quickly became a favorite alternative to game consoles. It wasn’t just a computer that could play games as an afterthought. The processor offered stability, and the graphics produced colors that were more variant and vibrant than that found on most other machines. The sound was also considered superior. The popularity of the Commodore 64 along with its top-of-the-line video and audio led numerous software manufacturers to produce a huge library of games that were compatible with the machine.

It’s difficult to find fans of the Commodore 64 who are more nostalgic about the heyday of the machine than gamers. The early game designers and music composers who created digital products in the early 80s through the early 90s were building with the Commodore 64 in mind. No wonder that there’s still a market for buying, selling, and trading those games. And, of course, there are also dedicated modern fans who create and program new games to operate on their old Commodore 64.

If you yearn for the heyday of the Commodore 64, don’t despair. There are plenty of them to be found in good, solid, working order. If you think that a unit would cost a fortune, think again. There were millions made, so they aren’t a rare commodity. Fittingly, the prices of Commodore computer models are less than a year-long subscription to Netflix.

The thriving community of Commodore 64 fans means that the machine isn’t going to fade from memory any time soon. Some enthusiasts born too late to get in on the novelty of being the first on the block with a home computer get to imagine what it was like by trying their hand at a Commodore 64.

For others who grew up during that time period, playing with a Commodore 64 converts it into something beyond a computer or gaming console. It becomes a time machine.

Learn more about computers and technology by becoming a regular reader of our blog.