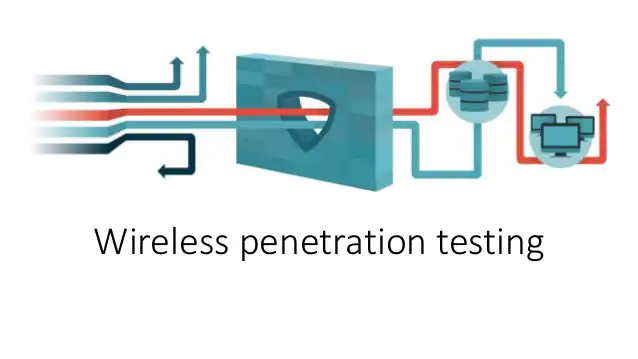 While wireless networks have made it easy for organizations to access their organization’s network from different locations, this has also simultaneously increased the risk as it’s outside the physical premises of the firm. Wireless network penetration testing comes in at this juncture to ensure that all configurations are completed properly and potentially vulnerable entry points are detected.

Insecure wireless networks pose security risks to the organization since they can compromise sensitive data, increase the potential for data leaks, and gain unauthorized access to corporate networks for placing malware.

What are the benefits of wireless network penetration testing?

The use of wireless technology has become rampant throughout various businesses due to the ease and simplicity of access. However, the vulnerabilities that pop up in this regard can cause dire security issues since physical protection can no longer ensure the restriction of access. There are some other benefits associated with wireless network penetration testing that often makes it a periodic necessity.

What are the common vulnerabilities discovered in wireless networks?

According to the different types of wireless networks in place, an ideal combination of manual and automated pen testing approaches is used to connect to the company’s wireless network through the vulnerabilities discovered.

Before stepping into the testing procedure, the stage of gathering information will be conducted which will include the following:

Here are some steps involved in the pentesting methodology:

This is an extensive guide on wireless network penetration testing and the various questions that arise when firms evaluate its importance for their daily operations. Regular penetration testing is always a crucial part of any firm’s cybersecurity strategy, especially network pentesting due to its importance in data transfers and business activities.