Coronavirus crisis: what the quest for the world translates to 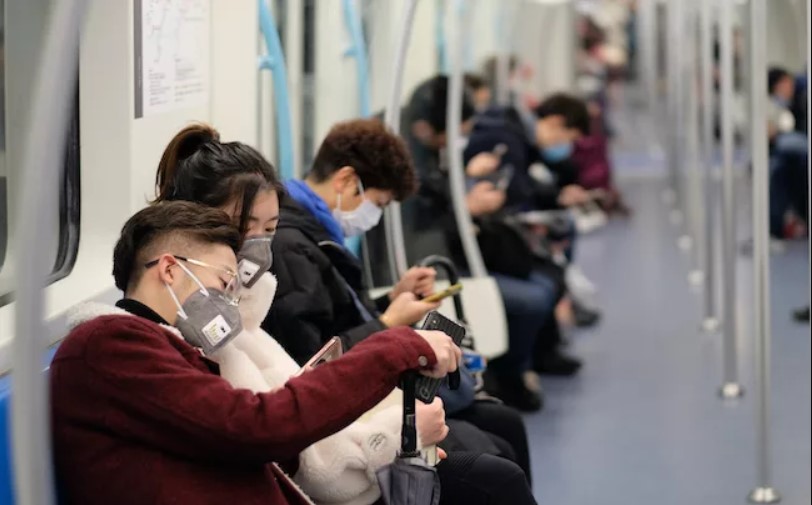 After the period of amazement at the sudden coronavirus epidemic, everyone rushes today to tell us about the “next world” that should be built. The next world, but after what? We are still in the pendant! Deporting the debate to the next world reflects a misunderstanding of what we are going through and turns us away from action to solve the problems we face today.

Rather than an “after”, there may be a long “during”

Talking about the world after translates a misunderstanding of what we live, which is therefore characterized with the wrong mental model. In this model, the coronavirus epidemic is seen as an unpleasant but relatively brief event, and therefore after which we can quickly move on. But nothing is less certain. The epidemic started around November 2019 in China (and perhaps well before) and is now gradually developing around the world, country after country in a kind of long tsunami.

What we are discovering little by little may suggest that it is not a kind of flu that will soon disappear, but rather a complex disease, which we know how to treat very badly. There is still a lot of uncertainty: It is not even certain that those who are cured of it have acquired immunity. The coronavirus is therefore probably with us for a long time, becoming a kind of chronic disease – at best – with its procession of long-term sick and dead, and restrictive health habits that will have to be kept. Rather than looking at the coronavirus as an event soon to end, it should therefore rather be seen as a long process that will develop for several weeks, even several months or even several years.

In this the coronavirus is perhaps less close to the Spanish flu (very deadly but very brief) than AIDS (a little less deadly but very long), at least in its nature: it took almost thirty years to succeed in roughly master the latter. It is therefore a long “during” that must be managed, and not an “after”. The aftermath probably should not be conceived as a kind of November 11, 1918, when suddenly the canons were silent, but rather as a slow, very slow emergence.

A mental model, that of the ideal

More generally, the quest for the “next world” that is developing at the moment reflects a completely dominant mental model in our thinking and in our identity, especially in French, that of the ideal. This mental model of the ideal leads the entrepreneur to develop an ambitious and distant vision, it leads the strategists to aim high and to aim far, but it also leads the political leaders to trace big plans, and to do it with big words: republican pact, ecological transition, living together, new solidarities, finally lots of relatively vague things, vague enough in any case so that nobody can really be against and that everyone is there, well almost.

This is, moreover, the great utility of the “next world”: it allows everyone to place their own mental models, to recover the event to put it at the service of their own cause. “The coronavirus clearly shows that the world of tomorrow will have to …” fill in the dots yourself with the cause of your choice and gain two places in the citizens’ committee of your district. Even Arnaud Montebourg and his demondialization seem resurrected by the virus, that is to say! Very often, the post mode looks more like the world before long dreamed of by utopians of all stripes, from right to left, but that is another subject.

The paradox of all of this, of course, is that the coronavirus has overturned all visions and all predictions about the future world; the normal reaction could have been to stop making such predictions, but no: nothing has been learned, and we are starting to do it again. “The next world will be like this”, “The next world will be like this”, etc. It will be none of this.

Evoking the “after” world takes us away from the “now” world

But that’s not all: the mental model of the ideal brings us above all to discuss what the ideal world of post-coronavirus should be, rather than taking an interest in what is happening now. Why this preference for there, tomorrow, ideally, rather than here and now? One reason is that it is naturally easier to speak of a distant ideal than to delve into the management of harsh reality. I have observed this in many business leaders, but it is also the posture of most political leaders: when reality escapes us, and when it basically repels us, we talk about a distant ideal and tomorrows that sing. Basically, the idea of ​​the next world is an illusion, a form of opium of the people, of religion which allows us to accept the suffering of today because there is a tomorrow, elsewhere, Redeemer. The ideal is a refuge for ectoplasms and tick flies. We are talking about the next world and we are still unable to provide masks to the nurses and to test the population.

This illusion also translates two astonishing convictions, among those who promote this world after: the first conviction is that the epidemic necessarily calls for a world after, that nothing will be as before; However, this is not what has been observed with previous epidemics, so it is not obvious. One can very well imagine a return to normal after a big fright, this is what happened with the Spanish flu and the so-called Asian flu of 1956.

The second conviction of the promoters of the next world is that they will be able to define it. What a presumption! Thus the environmental deputy Yannick Jadot recently declared: “Let us organize a Grenelle of the world according to”. The choice of the word “Grenelle” is obviously not trivial, it translates a strong mental model according to which the world should be organized and governed by some demiurges around a table, in France of course, and in Paris it goes from oneself. It is not certain that the Chinese will agree, if indeed they pay the slightest attention to this project. The cruel truth is that the world does not care what French intellectuals think, officially stamped as they are, of the world after. It will be done without them.

Operate a reversal: here and now

Rather, operate a reversal. If the sudden coronavirus epidemic shows just one thing, at least one, is that the world rarely does what we expect. We are in a world of uncertainty and surprises. What will happen will not be what we have planned, and what we will have planned will probably not happen. We must therefore abandon this terrible mental model of the ideal, this idea that we can only advance if we have a great ambition, a great design, an ambitious vision. Not only as we have seen, it allows leaders to evade their responsibilities by talking to us about tomorrow rather than managing today, but also it sends us into the wall. The next world is that of free speech, that of intellectual impostors, that of meeting soldiers, 25th hour supporters, predators and all those who have something to sell us. Just keep in mind that we don’t have to buy from them.

The reversal to operate is that proposed by the philosopher Clément Rosset and by the entrepreneurial thought of effectuation: we must kill our double ideal, this puppet that we create with our unattainable objectives, and return to ourselves, to today, here and now, during “during” the virus, and no longer “after the virus”. As everyone will have understood, we can only act in the here and now, by accepting what is here and now, from what we have on hand and according to the way events unfold.