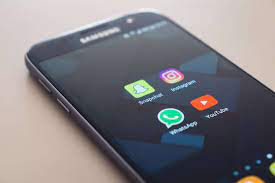 In the past few years, social media has evolved from a platform for sharing baby pictures and funny memes to a powerful marketing avenue. One of the most talked-about trends in this evolution is influencer marketing. Influencers are people who have large followings on social media channels like Instagram, with followers numbering in the thousands or even millions. These influencers can be paid by brands to promote their products or services as well as spread awareness through word-of-mouth advertising. They often post photos with captions that give off positive vibes, encouraging their followers to purchase those items themselves.

In recent years, there has been an increase in high-profile Instagrammers who now make up six figures from product placements and endorsements alone! These “influencers” are now leveraging their social media presence to form business ventures of their own.

Kylie Jenner is one such influencer who began her cosmetic line, Kylie Cosmetics, in 2015 and since has seen tremendous success. With almost 300 million followers on Instagram, the youngest member of the Kardashian/Jenner clan launched a $29 “lip kit” that soon sold out within minutes! The sales were so high that the lip kits were even outselling some big-name brands like Anastasia Beverly Hills. This caused other celebrities like Khloe Kardashian and Christina Milian to jump on board with this makeup line as well.

What’s most interesting about this marketing trend is how it can also affect traditional retailers. All retailers now have to take a long hard look at their sales and marketing strategies if they want to survive in this rapidly changing climate. For example, when Jenner’s lip kit was selling out, many stores that carried the product had empty shelves where these items should have been. This led to some rumors floating around about retailers purposefully withholding supply to create an artificial shortage, which would spike demand and drive up prices on the resale market. It seems like no retailer or brand wants to miss out on any opportunity for increased revenue with this industry!

Influencers with large followings can cause dramatic effects with even small promotions. Take, for instance, the case of Philo, a streaming service, who paid various influencers $25 each to promote their website via posts on Instagram with a link attached to a caption. The total budget for these promotions was only $50, which led to an astounding 30,000 clicks!  While small businesses may not be able to afford large influencer campaigns like this, they can still turn to less expensive means such as social media contests where follower engagement is the key.

Protecting yourself on Instagram is essential to avoiding the missteps that others have made. In many cases, it can be as simple as making sure an Instagram post doesn’t violate any of the company’s policies or terms of service. Most social media sites will have a help section to guide you through their guidelines, making it easier for businesses and individuals alike!

For example, one major no-no on Instagram is using “spon con” or paid endorsements. These ads can come off as extremely disingenuous because consumers know when they’re being sold and what results they should expect from the product. For example, suppose a customer sees a photo of Kylie Jenner with multiple hashtags promoting her makeup line but none promoting other products she uses in her household. In that case, she’ll probably deduce that she’s paid to do so. When influencers sell or promote a product for their own personal gain and do not explicitly disclose that fact, they’re violating the Federal Trade Commission Act, which intends to protect consumers from false advertising.

Businesses can help themselves by avoiding this problem altogether as well as having an open dialogue with those who endorse their products. Some companies have now started requiring “influencer contracts” where they outline who owns any content created as well as the commercial use of the images. With these contracts, businesses will usually require influencers to post a disclaimer on their image that says they sponsor it in order to prevent backlash from customers who don’t approve of these ads.

In addition, regulators are cracking down on major social media sites such as Facebook and Instagram for some of their lax policies that allow influencers to skirt the rules. For example, many users were able to pay for sponsored content on Facebook and then use bots or “click farms” where they could generate thousands of fake likes and comments, which would boost the post’s engagement numbers. This is why recently, Facebook has been more proactive about weeding out false accounts like these, making it harder for those who blatantly disregard their policies to continue to do so.

What does this mean for marketers? Well, first off, it shows how important transparency between business and customers is. Consumers will continue to demand honest advertising practices from both businesses and influencers alike because they want a product that works or an experience that is what it’s hyped up to be. Those who can move past this hurdle and still improve their marketing skills will find themselves much more prepared for the challenges of the future and any policies yet to come!