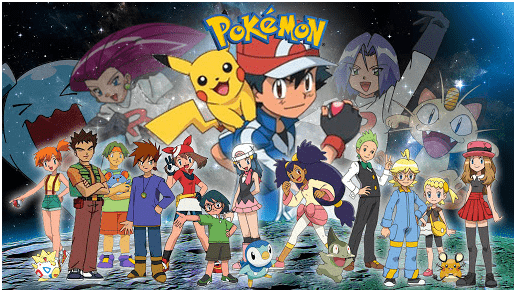 The first two Pokémon games, the red and blue editions, appeared on October 5th, 1999 for the Gameboy, closely followed by the Special Pikachu Edition on June 16th, 2000. The first Pokémon games will be 20 years old this October.

Since many more games have been released to this day and the new Switch editions Pokémon Shield and Sword will appear soon, I wanted to present my top 9 Pokémon video games in this article to give you a small overview. At the same time, the articles serve as advice on which games you should definitely have played!

Only the games that offer the classic content are taken into account, i.e. the games in which you slip into the role of a Pokémon trainer who is at the beginning of your journey, catches Pokémon, trains them and with them the gym leaders and the top 4 want to defeat. I will also count original games and remakes as one game (with one exception).

The ranking is my personal opinion. I bought and played almost all editions for publication, with the exception of White and Black 2. This game does not appear in the ranking.

First of all, I want to say that the last few places are not bad games – they just aren’t quite as strong compared to the other, in my opinion, better placed games. Pokemon Black and White are one of those games that, in my opinion, cannot compete with the others. You can download it from downloadroms.cc

I guess that’s why I never played Black and White Black and White is also the only game in the Pokémon series that I only played through once and then never started again.

First of all, I generally didn’t like the game’s design and graphics. The moving battle animations were just not graphically good enough on the DS, so the battles looked rather worse and pixelated than if the Pokémon weren’t moving in the battles.

Although the idea behind it to make the fights look more lively is of course a great idea, which was also better implemented in the later games. Next, the starter Pokemon were unspectacular, and I was missing a bit of the epic that was mostly triggered by the latest development, such as B. with Charizard, Impergator, etc.

What I liked about this edition was the Einall region. There were many varied locations and seasons introduced, but I didn’t really hear them because I played through the game within a few days and the seasons change monthly.

Most of the new Pokémon’s design was pretty cool, such as Zoroark, Trikephalo, Shardrago, and Rabigator. Others aren’t that spectacular, however, which is the case with most Pokemon editions. It’s a little different with legendary Pokémon. Zekrom and Reshiram, the two legendary dragon-Pokémon, look strong and they were tough too.

The trio, which are the members of “Forces of Nature”, Boreos, Voltolos and Demeteros are very well-designed Pokémon that have two different forms,

But let’s get to the point that bothered me the most. It took me less than 20 hours for the main story of the game, which is atypical, because otherwise I always take a lot of time on each route to catch all Pokémon or find all items.

The fact that I was able to play through the game so quickly was also because, in my opinion, it was relatively easy and not a challenge for me. Unfortunately, this problem will also be found in the following games.

Pokemon X and Y were the first generation for the 3DS and thus came completely in 3D. The graphics were fantastic and I was really looking forward to the games. When I finally got the game in my hands, the experience was very sobering.

But let’s get to the positive points first.The graphics were awesome! I was finally able to embark on a Pokémon adventure as I had dreamed of as a child in the Gameboy classic times. In the process you got several starters from different generations, which then also had a new evolution, the mega development.

The new region was nicely designed and the places felt more lively, which was not least due to the new graphic possibilities of the 3DS.

However, there is also much to criticize about these editions. On the one hand, the 3D function has overwhelmed the 3DS so much that every fight was a jerk, which is why Nintendo omitted this function for the sun and moon.

If you ignore the beautiful graphics in the games, they are so simple that during the course of the game I hardly had any fun defeating coaches or going into arenas, because I was always overleveled, which was probably because that the EP splitter in this generation simply strengthens the entire team after a fight, which used to be limited to one Pokémon that had to carry the EP splitter.

Only the graphics and the beautifully designed game world bring X and Y ahead of black and white, otherwise it would be the other way around.

Omega Rubin and Alpha Saphir are remakes for the 3DS of Rubin / Saphir and Smaragd. The adaptation to the new graphics of X and Y is very successful, with the exception of the 3D function.

New mega developments brought a breath of fresh air to the older game. Nevertheless, and because of this, OR and AS are not in the same place as ruby ​​and sapphire, it was just like X and Y much too easy.

That’s why I don’t have much to say here, the negative aspects are actually identical to those of X and Y.